#6: Evidence of Things Not Seen

Perspectives #6: Evidence of Things Not Seen
by the Salvage Editorial Collective
Finding, walking and holding a line in the ruins of a ‘normal’ we do not mourn and a chaos we did not choose.

Caedmon’s Dream: On the Politics of Style
by Richard Seymour
Politics and the English language – among others – redux. Bromides, ornamentaphobia and the elitism of ‘clarity’.

Against Law-sterity
by Robert Knox
Beyond economics and ideology to a jurisprudential horizon. The law of austerity and the austere grounds of law.

Men of Doubt: Fortini, Benjamin, Brecht
by Esther Leslie
Fragments, scraps, posters and poems, certainty and its discontents, ethics and hunger and a neglected angel.

Jewophobia
by Barnaby Raine
Navigating sound, fury and fear, the bad faith and even good, in an unstable debate, striving for a theory worthy of the name.

Silence in Debris: Towards an Apophatic Marxism
by China Miéville
Put your finger to your lips. Epistemology, yearning and liberation beyond the limits of words.

Eight Theses on Identity
by Asad Haider
The universal, the particular, the reactionary and emancipatory in a category overused and under strain.

The Left and Louis-Ferdinand Céline
by Alex Alvarez Taylor
On the eloquence of an enemy, the politics of publishing, and radical reading beyond moralism and special pleading.

Left Problems, Nationalism and the Crisis
by Malcolm James and Sivamohan Valluvan
Towards a chronology of toxicity, of bad answers to good questions and the seduction of exclusion amid political decline.

The Person, Historical Time and the Universalisation of Capital
by Daniel Hartley
History and histories, universality and particularities in the overdetermined person, subaltern and/or otherwise, itself.

The Demise of the International Proletariat of France: Talbot as Political Turning Point
by Yvan Najiels
Strike-making, strike-breaking, the rise of race and racism in the  Republic and the perfidy of the so-called Left.

Urban Geopolitics and ‘The Immigrant’: Lessons from Toronto
by Parastou Saberi
Space, minority-management and maple-syrup racism.

Interview with Selim Nadi of the Parti des Indigènes de la République
by Joe Hayns and Selim Nadi
‘Not outside, but against’. Testimony from and of the vilified and unvanquished.

The great enemy of clear language is insincerity. – George Orwell In matters of grave importance, style, not sincerity is the vital thing. – Oscar Wilde Okay, I write overblown, purple, self-indulgent prose. So fucking what? – Angela Carter     ‘All...

Silence In Debris: Towards an Apophatic Marxism

Once there had been the subterranean language with the underground forces. If speech at all then it was the spaces between words, and the echoes the words left, or what might be really meant under the surface. Ann Quin, ‘The Unmapped Country’ The problem with Marxism...

The Demise of the International Proletariat of France

We had nearly the same number of immigrants twenty years ago. But they had another name then: they were called migrant workers or just plain workers. Today’s immigrant is first a worker who has lost his second name, who has lost the political form of his identity and...

In 1938, Marcel Mauss gave a lecture entitled ‘Une catégorie de l’esprit humain: la notion de personne, celle de “moi”’ (‘A category of the human mind: the notion of person, the notion of “self”’). The lecture traces various historical configurations of the ‘person’,... 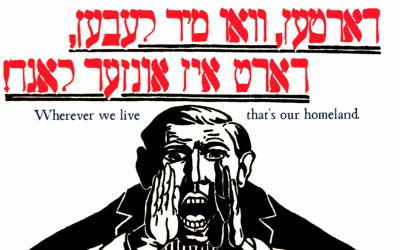 Measured analysis is out, polemics are all the rage.

This is not an isolated incident.

by Malcolm James and Sivamohan Valluvan

by the Salvage Editorial Collective

How are our crises proceeding?