Did Somebody Say Imperialism? Ukraine Between Analogies
The Salvage Editorial Collective
Yet another end of the end of history. The comforting limitations of old songsheets. For an anti-imperialism beyond nostrums.

The Harsh Discipline of Democracy
Richard Seymour
Stuart Hall and a cultural materialism for the present. Inoculating against assumed wisdom and iron clad certainties in our febrile era.

For a Marxism Without Guarantees
Stuart Hall
A defense of Marx, and a plea for a marxism, that starts from the admission that the old Moor offers more questions than answers.

The Family: In and Against
Sita Balani
Spiked safety nets. Lift your eyes to a horizon from amid the shackles. (Snares that can also keep us – just – from falling into the void.)

The Making of the Evangelical Anti-Abortion Movement
Anne Rumberger
In the US, the anti-abortion right is winning. A blasphemous truth emerges from the history of their crusade: the Left, perhaps, has much to learn from them.

The Right Against the Rule of Law?
Robert Knox
On the venerable conservative tradition of selectively venerating legal norms and institutions. Their hypocrisy is the point.

Bohemians and Déclassés
Enzo Traverso
Extract from Revolution. On the uneasy, and uncomfortable
position of the socialist intellectual.

The Actuality of Counter-Revolution
Jamie Allinson
A spotlight on the shadow that stalks freedom-to-come. A strange and necessary meeting with the enemy, the executioner.

The Lebanese Symptom
Nadia Bou Ali
History and farce, pun and joke, returned repressed. Remembering the war, per the injunction, and/but failing not to repeat, in Lebanon.

The Ordinary is a Horror: Abolition, Hegemony, and the State
Brendan O’Connor
Abolition opposed to, totally separate from, and/but also within the existing state. Some contradictions and limitations.

The Meaning of Keir Starmer
Oliver Eagleton
Putting the Leader of the Opposition on the couch. Neither he nor we can enjoy his symptom, nor the symptom that he is.

Free Anthrogenesis: Antiwork Abortion
Sophie Lewis
Is abortion a sine qua non of bodily autonomy, or is it murder? Yes. 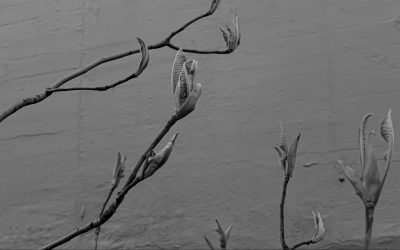 Whereas women’s liberationists fifty years ago fought for the repeal of all abortion laws, the best that Planned Parenthood can muster today is a vision of regulated legalisation. Whereas the Wages for Housework committee said that ‘every miscarriage is a workplace accident’ insofar as every place is an alienated gestational workplace under capitalism, there is no guarantee that, on a twenty-first century women’s march, one will see a single placard about Medicare for All, or free universal 24/7 childcare, or paid parental leave. 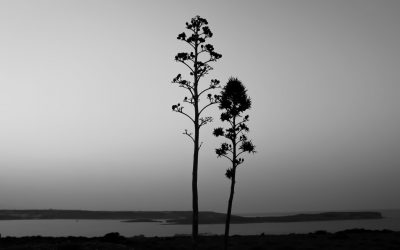 Did Somebody Say Imperialism?: Ukraine Between Analogies

Ukrainian flags fly everywhere in Western capitals now – in London, government buildings in Whitehall have even hoisted them alongside the Union Jack – not because Ukrainians suffer (though they do, horrifically) but because their suffering makes sense within a story of European enlightenment, whose borders must be fortresses against the invading hordes.