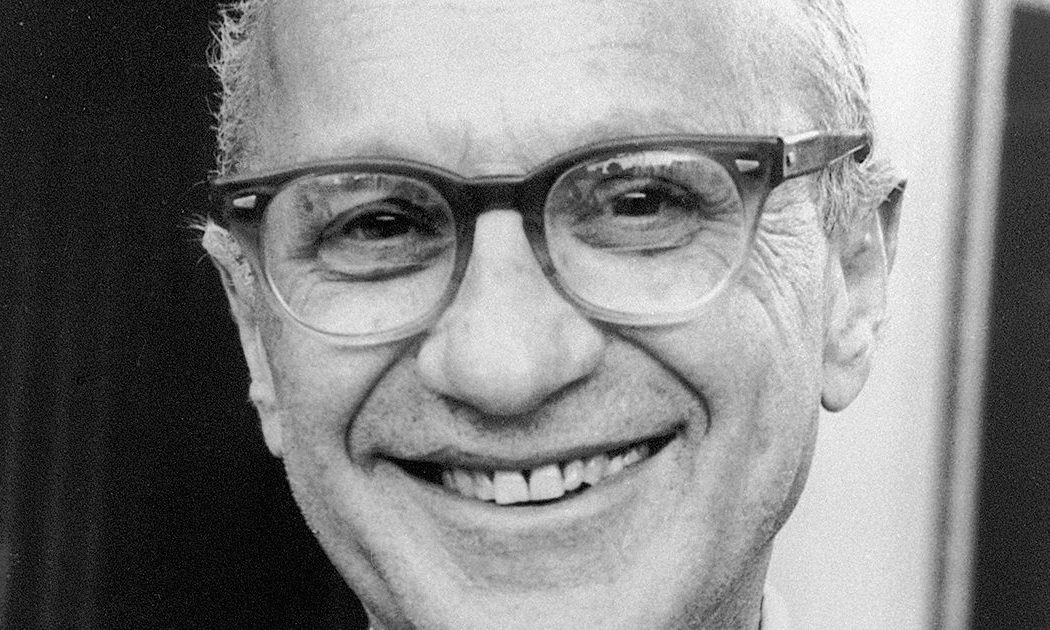 Shake any Jewish comedian, they say, and one of two things will fall out: a joke about kvetching or a story about Milton Friedman. Little-known outside of Jewish-American comedy circles, Friedman died of heart failure last week at the age of 94.

His reputation is based on two very different but equally unsuccessful attempts to make it as a Borscht Belt comedian in the early 1930s. His first season in the Catskills resort favoured by New York’s Jewish community was cut short after stony silence greeted his brief act every night for two weeks. Friedman fled, and hoboed around the country for a couple of years. One story persists that he passed as a light-skinned African-American on the Chitlin’ Circuit, learning his craft; another that he made a Faustian pact at some Mississippi crossroads: whatever the truth, when he returned to the Catskills two years later, he took the place by storm. Sort of.

He hired a venue and for one week performed a nightly set. Little is actually known about it. Lasting for between one and three hours, it was a savage, scurrilous, recursive and clearly autobiographical monologue that broke all the rules of comedy. He called it Shock and Oy!

Word spread quickly. By the final night, he was playing to a packed house of professional comedians. Otherwise contradictory published accounts agree that the public would have not understood it, or sat still for it.

After taking a final bow, Friedman disappeared once more. Some say that he went with economics professor Robert Hale Merriman, or with future sf author Theodore Cogswell, to join the Abraham Lincoln Brigade; others that he was a gun-runner in Ethiopia and later fought alongside the Free French. Perhaps he merely ran a nightclub in Morocco. This tendency always to be on the edge of things inspired Woody Allen’s Zelig (1983) and, ultimately, a sizeable out-of-court settlement.

Born in Brooklyn in 1912 to a Hungarian immigrant family of dry merchants, Friedman grew up in New Jersey, but his heart was on New York’s Second Avenue, home of Yiddish theatre. After graduating Rahway High School, he was more often to be found hanging around the Lower East Side’s theatres and vaudeville houses than studying mathematics at Rutgers University. As a fleeting mention in Molly Picon’s autobiography suggests, everyone on the ‘Yiddish Broadway’ knew him even if they would not give him work. But an actuarial career was not for him, and the odd jobs he picked up enabled him to see many of the leading acts of the day. He began to develop his own style of comedy – a style that, according to Gracie Allen, ensured ‘nobody would ever see him perform, ever’.

Friedman was no fan of the anecdotal joke-telling typical of pre-war Jewish American comedians, or of the rapid-fire one-liner technique of Morey ‘The Human Joke-Machine’ Amsterdam revolutionising Jewish-American humour. George Burns recalls asking Friedman what was so terrible about this new telegraphic approach. He replied, ‘Take Henny Youngman – please.’

Friedman was fascinated by the problem of building complicity in an audience. Benny Bell remembers Friedman’s admiration for Hollywood screwball classic Bringing Up Baby managing to sneak so many anal-sex jokes past the censors, and his frustration at them sneaking past most of the audience, too. This was not just about his taste for dirty jokes – although it was Friedman who persuaded Bell to branch out from the comical songs that made him famous to the risqué juke-box party records for which he is remembered – but about technique. Friedman loved Max Miller’s ‘Blue Book, White Book’ routine, in which the English variety comedian switched between two versions of a joke, leaving the audience to fill in the Blue Book’s obscene punchlines. After explaining the mechanics of the routine to George Carlin in the early ’60s, he ruefully noted his own much less demanding way to avoid delivering punchlines: unemployability.

In the late 1940s, Milton Berle recruited Friedman as Texaco Star Theater radio show writer, but the occasional material coaxed from him was vetoed by ABC. After moving to television, Berle, who broke NBC’s colour line with the Four Step Brothers, tried to get Friedman on the air, without success. Sid Caesar, who as a teenage saxophonist in Mike Cifichello’s Swingtime Six saw Shock and Oy!, convinced Friedman to join Mel Brooks, Neil Simon and Woody Allen as a Your Show of Shows writer. It did not work out. Brooks recalls Friedman’s insistent tightening-up of the logic of a madcap sketch they worked on: ‘For him, it was like Crime and Punishment – the darker and more pathetic you made the material, the funnier it became. Which is not what the network wanted.’

Such setbacks have led to speculation that Friedman was a victim of fifties anti-communism, an idea Zero Mostel denies: ‘Milton was so generous to me when HUAC got me black-listed. He had nothing, but he shared it with me. He figured he was lucky not to be famous. He’d supported the New Deal in the Thirties, which was enough for Hoover and McCarthy, but only if some asshole knew who you were. He convinced me to do Ulysses in Nightown off Broadway – the blacklist was beginning to collapse, and he told me that I was perfectly positioned to start all over again from scratch’.

Friedman, however, was becoming a legend. Many doubted his existence, while the precise nature of his material was distorted by others. At the 1968 Friar’s Club roast, ‘Fat’ Jack E. Leonard, the inventor of ‘insult humour’, introduced Don Rickles as ‘a man who’s been doing my act for about 12 years now’. Rickles replied, ‘It’s Friedman’s act, but I’ve only been stealing it half as long as you’. Neither of them had ever seen Friedman perform.

In 1930s New York, Friedman was on the periphery of the Futurians, a group of left-wing science fiction fans and writers-to-be. He was especially close to Cyril Kornbluth and later to the west-coast fan Carl Brandon, both of whom died young. He continued to hang out with the more liberal Jewish sf writers. Twenty years later, someone – possibly Barry Malzberg, probably Robert Silverberg – asked Friedman to ghostwrite a book he was too busy to ghostwrite himself. Something approximating stable employment ensued. Friedman churned out hundreds of violent and pornographic paperbacks at an astonishing rate, a career to which he intermittently returned throughout the sixties and seventies. Rodney Dangerfield worked with Friedman as an aluminum siding salesman: ‘He’d take off for a few days and write a novel, come back with a couple of hundred bucks and go on a binge. He didn’t get no respect. Not as a comedian, a salesman or a writer. I booked him at Dangerfield’s in the seventies. The times were catching up with him. It should have been his renaissance.’ It was not.

Despite Friedman’s relative obscurity, Shock and Oy! remains a key moment in the history of American comedy, its significance almost certainly out of all proportion to its quality or success. Danny Kaye, a Borscht Belt tummler in the early 1930s, claimed his whole career was built in its shadow: ‘It taught me what I could do by showing me what I could never do.’ Lenny Bruce and Jackie Mason both describe not seeing it as their ‘biggest regret’. Over the years, Jerry Stiller and his son, Ben, have both been attached to never-made biopics of Friedman. Paul Provenza, following the success of The Aristocrats, his documentary about a dirty old vaudeville joke, attempted to make a similar film with Adam Sandler as Friedman. ‘But then Ray and Walk the Line did so well, and suddenly the money people wanted a formulaic biopic. Which was a problem, because this is a story with a lot of gaps and no redemptive arc’. Sandler, though, was ideal casting: ‘brilliant at barely-suppressed rage – and of course he can do despair at the direction in which a career is going.’

Such a film would not have been the weirdest tribute to Friedman. In the early 1970s, Philip K. Dick and Thomas M. Disch collaborated on Born in Brooklyn, Schooled in Chicago; or, The Transmigration of Milton Friedman. This monumental alternative history novel opens on the eve of the new millennium, with Friedman, an elderly economist, reflecting on his rise to prominence. Dick had experimented with naturalist fiction in the ’50s and Disch’s sf took a naturalist turn in the late ’60s, and so it is no surprise that the opening sections capture the New York of Friedman’s youth with remarkable acuity. It is only as Shock and Oy! is booed off the stage that the fictional universe diverges from our own. Friedman becomes a dark, embittered figure and his world grows increasingly dystopian. Even more than for its misanthropy, it is for this that the book has been mostly widely criticised – the sheer improbability of the events it depicts. It is plausible that Friedman might have resumed his university education, and even gone on to become a university professor. But many readers consider Friedman’s role as the Nobel Prize-winning architect of a nightmarish future of perpetual immiseration absurd and even, some claim, antisemitic. Admittedly, the implication that Friedman’s economic system could be sold to the world by claiming to produce a new era of freedom is a little heavy-handed, but the novel is first and foremost a poignant meditation on emotional and spiritual loss, on compromise and collusion. It famously lost the 1973 Nebula Award for Best Sf Novel to Thomas Pynchon’s crowd-pleasing Gravity’s Frown Turned Upside Down.

Friedman’s response to this defeat? ‘It would have won if it had been about Kornbluth.’ Some see this as evidence of bitterness at his life of relentless failure, but this is to conflate Friedman with Dick and Disch’s monstrous architect of immiseration. It should be seen, rather, as a tribute to his long-deceased friend; a gentle swipe at the sentimentalism of a genre which imagines itself all hard-headed rationality; and a token of Friedman’s humility. After all, he was never one to kvetch. 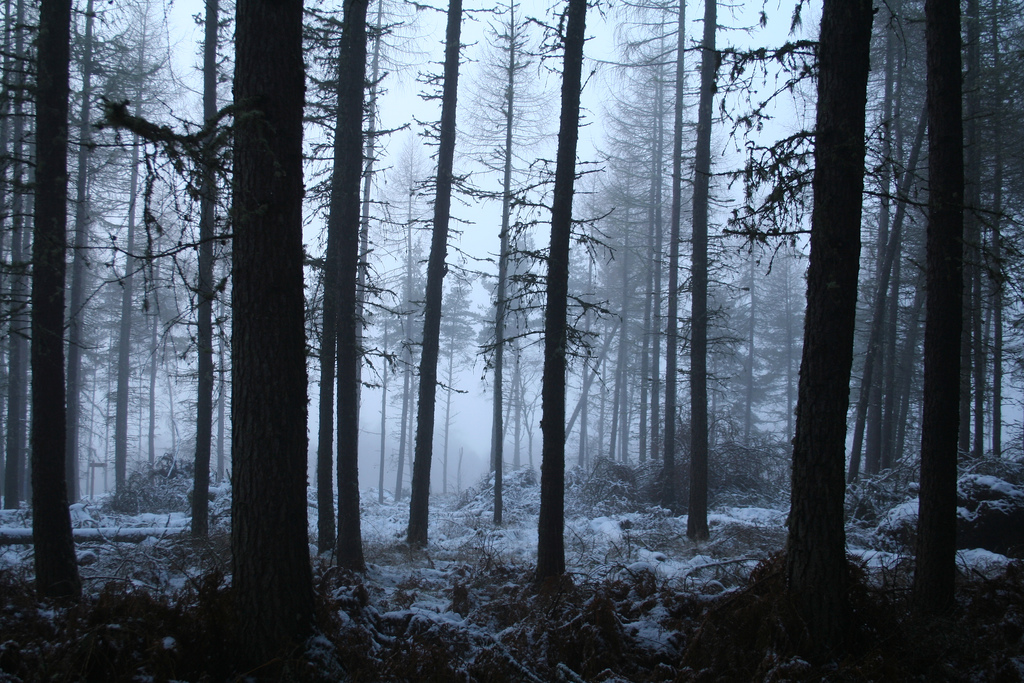 Some Theses on Monsters; occasioned by reading, and in place of a review of, Margrét Helgadóttir and Jo Thomas, eds, African Monsters (Fox Spirits Books, 2015) 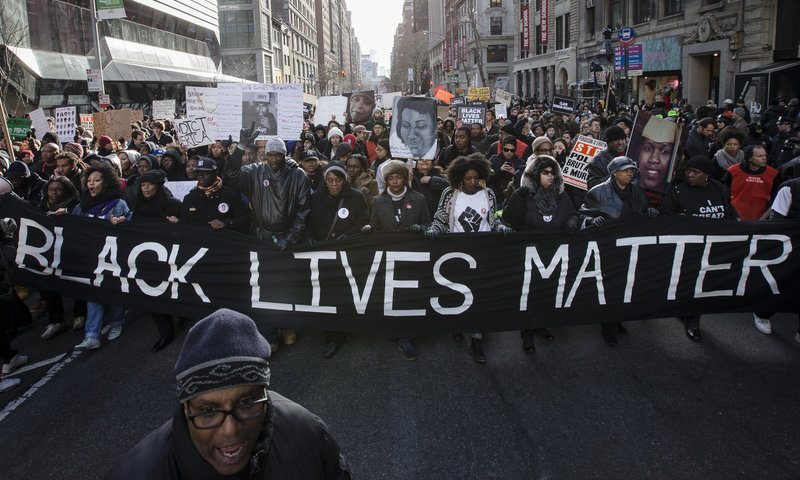