‘The age of party democracy has passed. Although the parties themselves remain, they have become so disconnected from the wider society, and pursue a form of competition that is so lacking in meaning, that they no longer seem capable of sustaining democracy in its present form.’ The campaign season for April and May’s French Presidential elections, now in full swing, requires some nuancing of, but does not fundamentally detract from, political scientist Peter Mair’s diagnosis.

Benoit Hamon’s surprise victory in the Socialist Party (PS) primary in January this year is plausibly one such, qualified, counter-tendency. He is often compared to Jeremy Corbyn as the candidate furthest to the left in the leadership contest, as well as being clear about his intention to take the party in that direction. Hamon is, in fact, both more ensconced in the PS machinery and less isolated than his British counterpart, having reserves of support in the party’s centre that Corbyn does not.

There is, however, a perceptible difference between Hamon’s proposals and outgoing PS president François Hollande’s neoliberal stewarding – poorly, at that – of the status quo. The same is true for Prime Minister Valls’ contribution of neoconservative chauvinism and xenophobia, articulated in France’s ongoing state of emergency. Hamon’s programme, in fact, overlaps quite considerably with the charismatic Jean-Luc Mélenchon’s revamped outfit, France Insoumise: repeal of Hollande’s assault on labour standards in the loi du travail; reduction of working time and protection of the 35 hour week; creation of regional development agencies; creation of 40,000 jobs in education; European fiscal harmonisation; recognition of a Palestinian state; the right for foreigners to vote in local elections; a constitutional overhaul through the establishment of a 6th Republic; and opposition to CETA and TAFTA.

There are suggestions that Hamon is more liable to bend to orthodoxy than Mélenchon – indicating, for instance, that he would commit to an austere 3% budget deficit limit – not least because he needs to shore up the support of a party many of whose big cheeses are signalling their impatience with his direction. He is perhaps strongest on issues of gender and ethnicity and cultural and religious pluralism, expressing solidarity with racialized sections of the population as well as a rigorous anti-Islamophobia. These not only make him distasteful to the likes of Valls, but also differentiate him from Mélenchon, whose rather uncritical conception of a homogenising republicanism impairs his contributions to anti-sexist and anti-racist struggles.

Hamon has also cast a niche for himself with his flagship policy of universal basic income, again ruffling the feathers of PS top brass. UBI, of course, is a complicated issue, On the one hand, it clearly has emancipatory potential, such that Hamon’s policy has enthused the likes of Toni Negri. Conversely, it is perfectly compatible with a regressive reining in and commodification of social protection. Political analyst Philippe Marlière suggests that, as it stands, Hamon’s proposition remains too imprecise and insufficient to come down too heavily on the optimistic side but nonetheless offers a basis for a renewed radical contestation of existing conceptions of citizenship and labour.

With Mélenchon and Hamon’s joint talks on a common candidacy bearing no fruit, the left of the political spectrum is overcrowded, all but guaranteeing all left candidates will exit after the first round on 23 April. Political rebuilding on the left of the political spectrum would then have to start by thinking through strategy in the second round two weeks later. Part of this would need to reckon with the precedent of the 2002 election when Jean-Marie Le Pen made the run-off against incumbent Jacques Chirac. The PS then threw itself into the raucous chorus for a Chirac-led republican front, barricading the country’s democratic institutions against the Front National co-founder in an election in which he, in fact, could not possibly have won. The Socialists’ vigour reaped only prostration when it was routed at the subsequent legislative elections. Were this scenario to repeat itself, Merlière makes the interesting case that the radical left has nothing to gain from the Pasokification of either France Insoumise or the PS.

Only marginally less unlikely to contest the second round is The Republicans’ François Fillon. His victory in the party primaries was in large part because of his reputation as “Monsieur Propre” [clean], an image necessarily sharpened by his two closest opponents, Nicolas Sarkozy and Alain Juppé. Emblematic of an increasingly wearying corruption in French political culture, Juppé was found guilty of abuse of public funds in 2004, while Sarkozy, aside from a perceived self-serving vulgarity, is up to his neck in ‘affairs’ relating to shifty campaign financing and dodgy business deals.

Fillon’s candidacy has continually been leaking water since late January, however, when the satirical newspaper, Le Canard enchainé revealed that he had used parliamentary expenses to pay his wife a salary to do a non-existent job from the late 1980s to 2013. Insisting on his innocence, Fillon initially swore nonetheless to step down if he was formally indicted. When indicted in late February, he decided that promise had been a touch rash, opting instead to proclaim to a rally of 100,000 supporters that he would go on to the end. Preaching to the converted of well-heeled Parisians, the message has gone down less well with the country at large, especially as additional elements of Fillon family nepotism have emerged.

Corruption is a feature of French political life with which the electorate’s patience is wearing increasingly thin. This is the case whether in its properly criminal sense, or the looser colloquial sense of a self-serving political class. This ties in with a longstanding and accentuated idea of a “blocked” French society and thereby inflects the logic of contemporary French politics in a complementary way to laments over the French welfare system. Standard complaints from the likes of The Economist about the over-generosity of the French social model neglect that in many ways it is conspicuously uneven, which, coupled with its complexity, provides fodder for sectional resentment and promises for equalization that are much more about dismantlement.

These two factors of corruption and perceptions about the French social model coalesce in a certain view that if only entrenched interests and institutional blockages could be got out of the way, the France of the trente glorieuses could be resurrected. Indeed, Wolfgang Streeck suggests that we underestimate today the power of the idea that post-Second World War growth, employment and stability typify what capitalism is or should be, rather than being exceptional. The two frontrunners of the campaign capitalise on this malaise in differing registers: the technocratic neoliberalism of campaign sensation Emmanuel Macron, heading the recently founded movement, En Marche!, and the xenophobic nostalgia of the Front National.

Macron, a 39-year-old graduate of the elite Ecole Normale d’administration, former senior civil servant and millionaire investment banker resigned as Hollande’s economy minister in August 2016 to launch a social liberal bid for the presidential election. His human capital, pro-business Europeanism, and prioritisation of profit over unnecessary immigrant bashing have liberal commentators salivating, as well as many PS figures thinking about jumping ship. In one account, he is the incarnation of the Enlightenment, defending France and even Europe from interchangeable threats, parochial and populist, from Le Pen to Pablo Iglesias. Indeed, like Albert Rivera of Ciudadanos (dubbed the Podemos of the right) part of Macron’s appeal is that his youthful excoriation of the system vaguely echoes the frustrated democratic effervescence of the movements of the squares, but channels it into business as usual. His advantage over Rivera is that he is far better placed in the French electoral system with its vacancy for a convincing centrist candidate. His patent suitability for the role has in turn generated enough noise to drown out his role in Hollande’s profoundly unpopular presidency, albeit with some recent signs that his media bubble might be deflating slightly.

That Macron made his name and fortune at Rothschild’s is sure to offend the sensibilities of the Front National. That said, since 2011 with Marine Le Pen’s stewardship the FN makes a point of distancing itself from ardent anti-Semites, whose sense of electoral strategy and public presentation is embarrassingly passé. To those ends, the FN has its own young hot-shots of various hues in Florian Philippot (like Macron, a graduate of the ENA), David Rachline, and Marion Maréchal-Le Pen, all in the front ranks of the party defending its turf as the authentic voice of anti-system politics against Macron’s incursion.

The FN, however, approximates Trumpism – or, as it has recently been termed, Trumpism without the crazy – in nostalgic xenophobia. Peppering her speeches with references to luminaries of the early Fifth Republic like De Gaulle and André Malraux, Le Pen suggests that the re-establishment of French grandeur can be funded, with change left over, primarily by retracting munificence to favourite PC causes like keeping the European Union afloat, or lavishing funding on supposed “immigrants” that putatively “French” people would never receive. It is amongst disaffected youth for whom such claims have purchase that the party polls highest, feeding on already high youth unemployment that has been disproportionately accentuated in the wake of the 2008 crisis.

The party’s own embroilment in recent corruption scandals over tax fraud and fake jobs has had little impact on the party’s polling, in part because the party faithful are prone to see such revelations as further evidence of an establishment stitch-up. But it could well make the party’s task of attracting transfer votes in the second round all the more difficult. Neck and neck with Macron to top the first round poll, the FN is expected to struggle more to attract transfer votes in a runoff between the two in the second round. Latest polls suggest Macron would win with around 60% to 40%, which while comfortable leaves little room for complacency in a political season characterised by upsets. Furthermore, it bears considering that the FN tends to achieve its best results when there are low turnouts.

French commentators have noted a proliferation of references to Gramsci around this presidential election – ‘now is the time of monsters’ has been a favourite quote doing the rounds on Twitter. Not only Mélenchon and Hamon but also Sarkozy and Macron have cited the Italian thinker. On the occasion of these French presidential elections, then, it is worth reiterating that Gramscian thinking is about more than pithy quotations or a generic conception of political power. Applied properly to this historical conjuncture, both in France and further afield, it suggests that a robust and operable conception of hope has as little time for even the slickest version of neoliberal technocracy as it does for the slogans of fascists; it prescribes a non-sectarian rigour in assessment of the possibilities and limitations inherent in current left forces; and it recalibrates the short term vista of presidential elections with the necessary long-term work of democratic and socialist reconstruction. 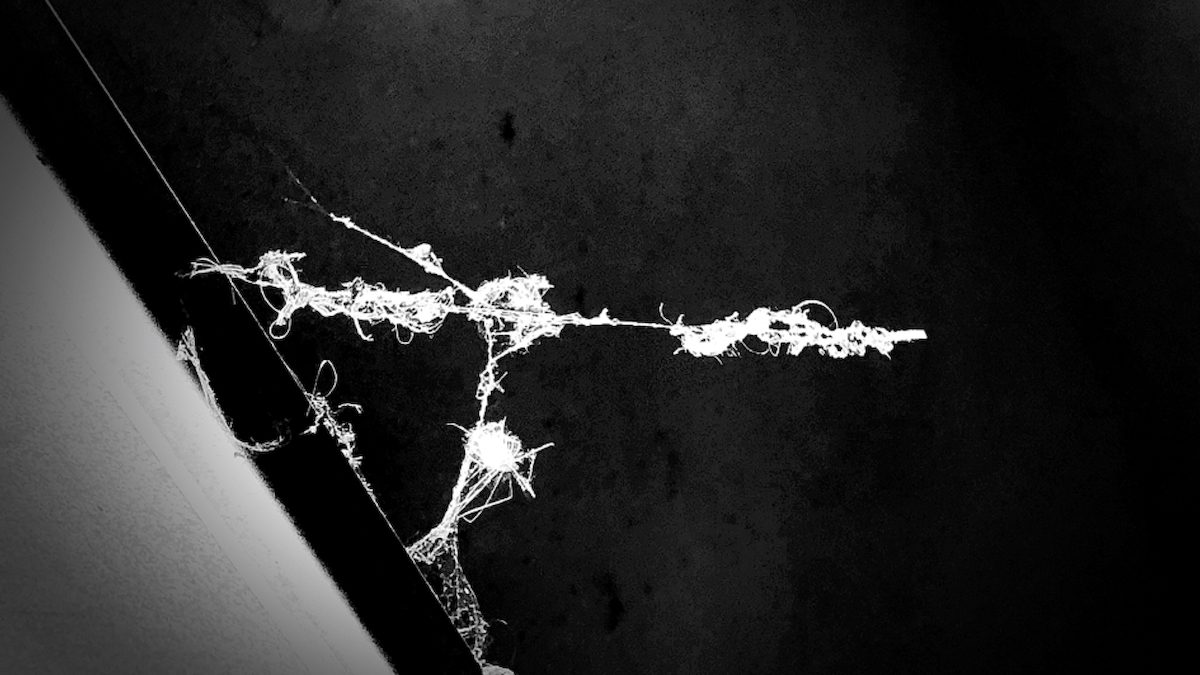 The Flatness of Blackness: Afro-Pessimism and the Erasure of Anti-Colonial Thought