Stand Back: Reflections on a Memoir I Wrote Too Soon 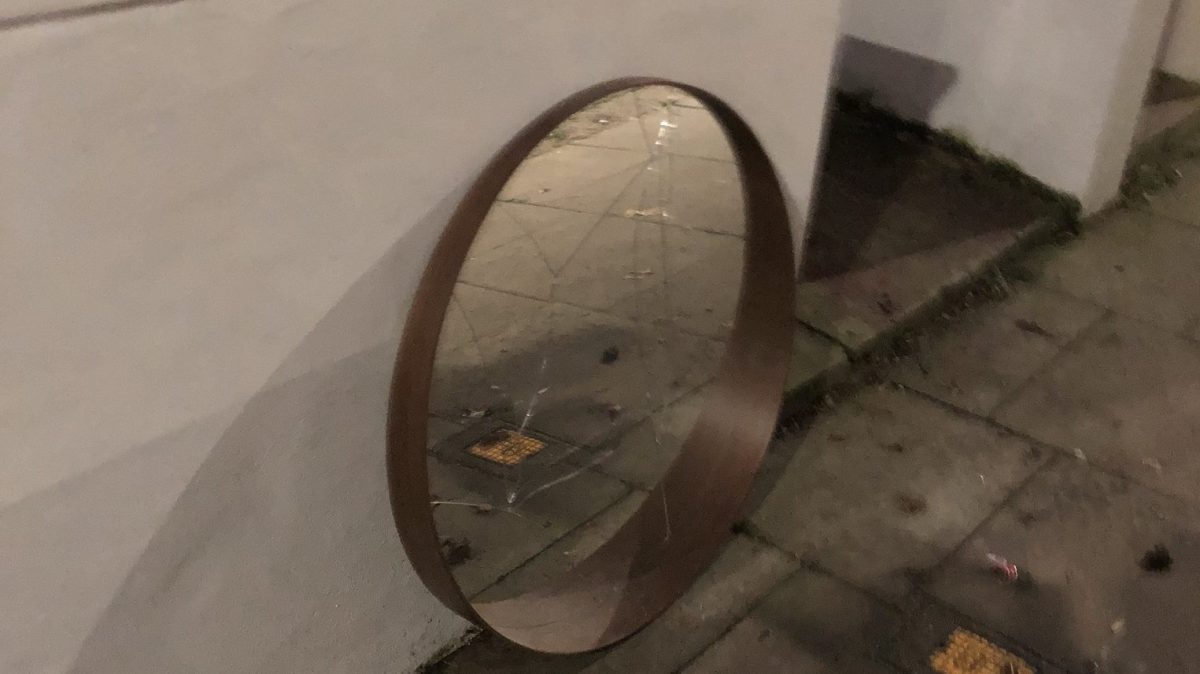 I think there is a person in our neighbourhood who might be dead, but I can’t be sure. In fact, many might be, of course. As you know, our pharmacist died of Covid-19, having been on diligent, caring duty with patients entering his pharmacy throughout the silently deadly months of February and March. But this other person is one I’m not sure is even a person or a business or one or two people or even Brent Council itself. Perhaps a part of the council has died. In pre-Covid days if someone in our neighbourhood left something out on the pavement overnight it had usually, miraculously, disappeared by morning. I would often marvel at how a book, the odd lamp, or a still functioning small appliance that I had placed conspicuously near the bins would be gone when I left the house the next day. But the rubbish on my street and yours is piling up. Sure, the daily recycling and household waste is being dutifully carried away each Wednesday by the stalwart men employed by the council who are put at risk every single day to continue their labour, while we are at home unpacking new household items and dutifully, in most cases, breaking down the Amazon box packaging and piling it in the blue bins. But this extra rubbish I am referring to, the things that once disappeared in the night, are not disappearing. Was there one woman or man, one small business who would circle the hood each night, salvaging our rubbish, making a living, making a life?  I believe perhaps there was.  Our waste becoming their living. But now that woman or man or team is dead. And the rubbish remains on corners, on the pavement.  The waste that residents usually have to make special requests for the Council to collect is piling up along our roads. For some reason this has become the biggest symbol in the latest phase of my lockdown – after, sure, all those quiet skies, the presence of birdsong, the empty streets, then the brown faces of the dead nurses and the zoom fatigue – this final-phase, last straw emblem of a system that was built to break, to break us, to be broken. The system. I say it as though I am not part of it, and yet here I remain, buying boxes, leaving appliances on the street that are no longer being taken away.

I wrote a memoir about race and power, in which the central metaphor is that we are still living on a sugar-plantation model in which the hierarchies of race thrive. It was published last October when the most blatantly obvious wrench that would pry us out of late capitalist nightmare was the not-so-slowly incinerating planet and the despicable loss of biodiversity due to human extraction, plundering, poaching. I thought the clearly ravaged planet and our general concern for it would be the beginning of the revolution.

And then the pandemic arrived. Surely, now. Now the silence of lockdown and the returning birds, returning whales in the Thames and dolphins in the Venice lagoon. Surely.

I felt love returning.  But.

In the first draft of my memoir I proudly proclaimed that I was no longer ashamed of using the word ‘love’ when it came to politics, and upon reading it you asked, politely but adamantly, what about hate? What about hate and anger? I stewed. I have resisted both my entire life. Only angry black women hate. And they are loathed. And then they are killed.  But I included those words in the final chapters in a book about shame and I thank you, because you were right. But it is a book I wrote too soon. A book that had, in its last chapters, hope.

Hope that the microscopic lens I turned on my racialised body, my black-white-red-yellow-brown life, might expose us all in a warning not to make an ‘us’ and a ‘them’, which John Berger said would produce barbarism.  The memoir is full of John Berger because he has led my way of organising, my way of imagining for decades. He said hope is not a form of guarantee; it’s a form of energy, and very frequently that energy is strongest in circumstances that are very dark.

But my strong energy doesn’t feel like hope. I’m too tired. Countless dead of Covid. And in the US, with blackness as co-morbidity, black and white and brown and yellow and red people are in the streets in protest of a public lynching, fearless, some without masks. My energy feels dangerous and violent. I have not been myself. I am incandescent over rubbish.

While the revolution is being televised.

I pick up John Berger again, faithful if not hopeful, and I look for something that will permit my feelings of hatred and violence.  I scour Hold Everything Dear again to look for, within his beautiful imagery of resistance, something that reflects how things are now. This happens: it is not writer’s invention, I promise you, to say that I open the book randomly and come across this:

I am among not the conquered but the defeated, whom the victors fear. The time of victors is always short and that of the defeated unaccountably long. Their space is different too. Everything in this limited land is a question of space, and the victors have understood this. The stranglehold they maintain is first and foremost spatial.

In this space, on this plantation, there is no healing. I wrote in my memoir that I wanted to come off it, to belong somewhere else with those who wanted to join up their hope with mine. But where is that? What is this ‘space’ to which I can escape. It was only literary then; it is only virtual now. The revolution is being televised. There is nowhere to go. Everywhere we look there are plantation managers and overseers, kneeling over black bodies, shooting into crowds, ramming jeeps through protest lines, chasing joggers, calling the cops, demanding rent.

In a more systematic search for help in Berger’s chapter called ‘Stones’, which is about Berger’s visit to Ramallah, I follow a feint track that leads my anger towards a feeling that I was wrong in my memoir to count only on hope and the small miracles of local resistance and mobilisation among the colonised of the plantation.

I am led towards space as a true marker of justice. Berger speaks of seeing stones everywhere – on the road, in the hands of young boys, the rubble mountain and fallen masonry of Arafat’s Muqata headquarters, the strewn boulders, stones and obstacles at the checkpoints of the occupied territories. Then, upon returning to France, on the Finistère coast, he comes across a cairn with stones like an articulated sculpture. The cairn in the shape of a ship was built six thousand years ago, in three parts, each part over different ages, all with the collective labour of a whole settler community of several hundred people working together on it. There are large stones and smaller ones, fist-sized, filling the spaces, making the whole ship balance. Inside the ship are passageways and vaulted chambers, and eleven cabins where the dead were placed. Stones corbel out. They are familiar stones on the local beaches, but here they are eloquent and arranged. And finally, Berger, again, leads me towards what I need:

Chaos perhaps has its reasons, but chaos is dumb. From the human capacity to arrange, to place, come language and communication. The word place is both verb and noun. The capacity of arrangement and the capacity to recognise and name a site. Aren’t both inseparable in their origin from the human need to respect and defend their dead?

A strange comparison occurs to me. What inspired hundreds of people to work together for several months to build this ship of stones, is perhaps quite close to what inspires kids in Palestine to hurl stones at the tanks of an occupying army.

I am alerted to this cross-fertilised inspiration for stones. I am alerted to the need to respect and defend our dead. I also remember that Malcom X said that you have to deal with your oppressors in the language they understand. There is a boy in Ramallah hurling stones, there are communities building cairns for their dead.

In my memoir I confessed to not having the revolutionary spirit of Quamina, the enslaved Coromantee man who led the largest rebellion in the British territories, and I focussed on language and poetry as our way out, we writers, you and I who fight with our words.

By any means necessary.

I want to inhabit something on this ground. Here.

I raise my hoe.

The plantation is on fire.

I have not escaped. I am captured. I am not free until we are all free.

The waste on my street is not going anywhere because the person who used to take it away is dead or never existed. The waste will continue to pile up. That invisible labour in the night has disappeared. I don’t have stones to hurl like the young boys in Ramallah. I have rubbish. And I have words. I am not so much impatient as I am listening more closely to the five women in the opening of my memoir, those ancestors who waited, patiently. For me. It is only in honouring them that I feel like I am at the end of a very long fuse that glows and gets dulled, glows and is nearly extinguished until it flares again. Time and time again.

Abolish the police. Abolish the plantation they work for. Let the flames sing. Stand back. Let it burn.

Tessa McWatt is the author of Shame on Me: An Anatomy of Race and Belonging (Scribe, UK, and Penguin Random House, US.)