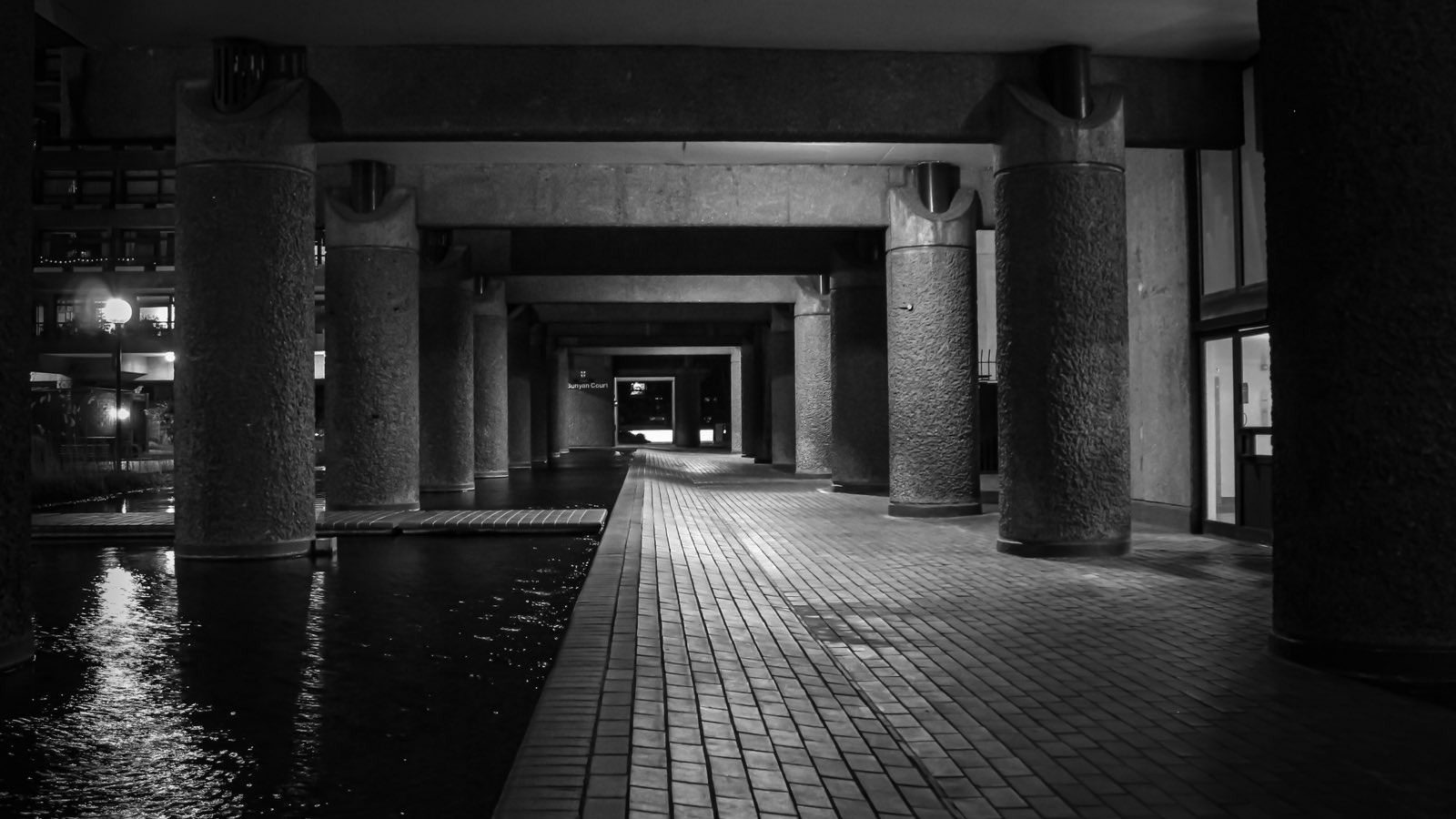 Russia’s invasion of Ukraine has begun. It seems obvious that its ambition goes beyond simply supporting the authoritarian statelets in Donetsk and Luhansk, under the almost witty rubric of ‘humanitarian intervention’. The bulk of its forces concentrated on Ukraine’s border are aimed at cities like Odessa and Kiev. Explosions are reported in Kiev, which suggests Russian military operations there. Putin has been warning for some time that he will not tolerate Ukraine drifting into the orbit of NATO and the European Union. The Minsk Accords being unavailing, largely because of the obstruction of Ukrainian nationalists, Russia is bringing Ukraine to heel.

This looks insane, even on its own terms. It looks like a gift to NATO. Putin’s actions in Crimea and eastern Ukraine have already swung the pendulum of opinion in that country, which was against NATO membership, more strongly in its favour. Perhaps that doesn’t matter to Putin, since he has clearly decided to solve the problem militarily. But the potential for escalation toward a civil war, in which NATO powers arm Ukrainian nationalists, is surely obvious. Beyond this, states on Russia’s border that haven’t joined NATO, such as Finland and Sweden, may well start to cleave in that direction now. Authorities nominally critical of NATO, such as the Scottish government, will fall in line. Those international forces who are opposed to a new Cold War, think NATO is a Cold War relic, and do not want a war over Ukraine, will now be hectored and slandered while the tired old dogmatists of a decaying Atlanticism take the opportunity to re-moralise their cause. What are we to make of this?

Russian leaders are usually assumed by securitarians to be pursuing a ‘master plan’. This, in turn, usually involves Great Power dreams. Which, in turn, are assumed to be coded in the Russian genes. In a typical version of this securitarian perspective, Bobo Lo of Chatham House tells us that Russia, since the Mongol invasion, has been uniquely in thrall to a ‘geopolitical mindset’ obsessed with ‘military power’, ‘territorial issues’, ‘threat perceptions’, and ‘strategic balance’. Power balancing and militarism? What will those Russian riff-raff think of next? Another example. Robert Nalbandov, currently adjunct professor at USAF Air Command and Staff College, explains that the Soviet Union ‘did not die in 1991’. It was merely resting until ‘awakened by Putin’s calls for the Russkii Mir (Russian world), a thinly veiled reference to the Pax Romana by the Roman emperor Octavian Augustus in 27 BC … Pax Romana was, in a way, an archaic version of the Soviet Union’. From this point of view, nothing really changes in Russian history, or in the dark Russian heart.

Putin’s worldview has little to do with such Kremlinology. Putin, as his former ally Gleb Pavlovsky says, mainly wants to compete with the West on what he believes are its own terms. Summing up the Putinite dispensation, Pavlovsky says: ‘we lost, because we didn’t do several simple things: we didn’t create our own class of capitalists, we didn’t give the capitalist predators on our side a chance to develop and devour the capitalist predators on theirs … Putin’s idea is that we should be bigger and better capitalists than the capitalists, and be more consolidated as a state’. Although this sounds like the sort of official cynicism that Trump is likely to admire, it’s important to recall that Putin’s accession to power was strongly welcomed by Clinton, Blair and then Bush, just as the same constellation of powers had welcomed Yeltsin’s rigged election victory in 1996. They also broadly welcomed the war in Chechnya, far bloodier thus far than anything we’ve seen in Ukraine. Clinton even hailed the ‘liberation of Grozny’ by Russian forces, in an essay for Time magazine.

After all, ‘state consolidation’ was in no way a return to state capitalism. Under Putin, the oligarchs were disciplined but the share of the economy run by the state decreased. Corporation taxes are still lower than the European average. Public debt has been growing, reaching almost 20 per cent in 2020, but compared to the United States (128.1 per cent in 2020) this is manageable. Nor, at least initially, did it mean unrestrained, unconstitutional arbitrariness. The oligarchs wanted a stable guarantor of property rights, which required a stable, and basically liberal constitutional order, however thin and ultimately fraudulent. Even with the feeding frenzy of bribes and corruption, Putin did not have to resort to outright autocracy so long as his power was concentrated in an extremely personalised system of presidential power. ‘Managed democracy’ began as a conscious effort to depoliticise the majority of the people within the framework of the same constitutional order that the Western powers applauded. The people were feared to be totalitarian in nature and, dixit Pavlovsky, ‘ready at any moment to pounce on the authorities and tear them into bloody pieces’. This is already official paranoia, of course, and it was congruent with the drastic expansion of repressive apparatuses, especially the FSB. Since then, the state has only become more violently paranoid.

The point is that Putin’s foreign policy, though guided by certain brutal axioms as regards the centralised unity of the Russian state and the illegitimacy of Ukraine, is essentially cynical and opportunistic. Russia didn’t, for example, start the war with Georgia over South Ossettia, but it was quick to take advantage of its easy win. It immediately ‘recognised’ the regions of South Ossettia and Abkhazia, just as it has now ‘recognised’ Donetsk and Luhansk. It certainly didn’t start the civil war in Syria, but its intervention deepened its relationship with the Assad dictatorship and expanded its influence in the Middle East. It didn’t precipitate the Euromaidan crisis, but it was quick to use the crisis to annexe (‘reclaim’) Crimea and send unmarked troops into Donetsk and Luhansk, where it has created a de facto mini-state. In this sequence, Putin would appear to have been gaining ground. And as for Western criticism throughout this, it doubtless recalls the old Russian joke that Putin once referenced about ‘Comrade Wolf’, who ‘knows whom to eat’. In this cynical ‘common sense’, Putin is simply asserting that Russia will not be a sheep. So why risk everything with a frontal assault on Ukraine now?

NATO expansion is obviously part of the picture. Its perpetuation and growth after the Cold War is a source of instability. As Russian leftist Greg Yudin points out, NATO has doubled in size since Putin took over as Russian president. ‘Any responsible Russian government’, he acknowledges, ‘should seek to prevent it’. However, the threat perceived by Putin is not a direct NATO attack on Russia. Rather, it is a colour revolution in Russia itself. ‘The approach of NATO and the growing discontent in Russia are perceived by Putin not as two different problems, but as a single, combined one’. The drift of Ukraine into the NATO orbit, and the Navalny-led protest campaigns in Russia, are perceived as part of the same pattern of events. Putin’s social majority is far weaker and more fragile than it appears in the polls. Hence, just as Russian militarism abroad helps stabilise domestic support, Putin increasingly militarises his response to protest movements, despatching riot police, National Guards and plainclothes cops to round up and brutalise demonstrators.

In short, Yudin persuasively argues, Putin is acting now on Ukraine, not only because of Ukraine’s resistance to the Minsk protocols (more here), but because he risks losing control at home. If Navalny’s protests are resilient, the oligarchs, the normally docile state bureaucracies and opposition parties, and influential sectors of public opinion may turn against Putin. He has a window to act now, before his coalition disintegrates. And he has built the costs (sanctions) into his perspective.

Although predicated on certain realities – NATO could swallow up Ukraine and Georgia, the power-structure developed under Putin could begin to implode – the Russian state’s inflated sense of threat combined with its apprehension of an underlying coherence of events amounts to official paranoia. And to that extent, the war strategy itself may prove an imaginary Maginot Line, an expensive defence that becomes a costly source of vulnerability.

However, in addition to dangerous Russian state paranoia, there is dangerous paranoia about Russia. The late scholar of Russian studies, Stephen F Cohen, spent his final years warning about the deadly misprisions and self-serving lies justifying a neo-Cold War atmosphere. The ‘blame Russia’ propaganda, in which a mid-level state is accused of costing Hillary Clinton the election, of causing the success of the Italian far right, of causing the energy crisis, of stirring opposition to France in Africa, and now of having caused rather than being a player in Ukraine’s civil war, has been relentless. The intransigence over NATO shown by Biden and his predecessors has precisely been predicated, not only on the eternal innocence of the West, but on inflating Russia’s global power, insidious reach, and coherence. And if sanctions don’t work, as they won’t, official paranoia may well be sufficient to justify a protracted proxy war, with NATO powers surreptitiously arming Ukrainian nationalist factions.

The Left obviously has to oppose Russia’s deranged, dangerous actions. Across the board it rightly is doing so: from Stop the War to Momentum, the consensus is fairly broad. But we can’t forget just how demented and bloody have been the actions of Putin’s critics in Downing Street and the White House. And how often and how recently we have had to march against those murderers, and how the bodies haven’t stopped accumulating. And how they, the foreign policy establishments, the military leaderships and the political elites who have repeatedly driven us to appalling wars, are also our enemies, not people with whom we can make common cause against Putin.

Richard Seymour is an author, and a founding editor of Salvage. His most recent book is The Twittering Machine (2019). This article was originally published on his Patreon.