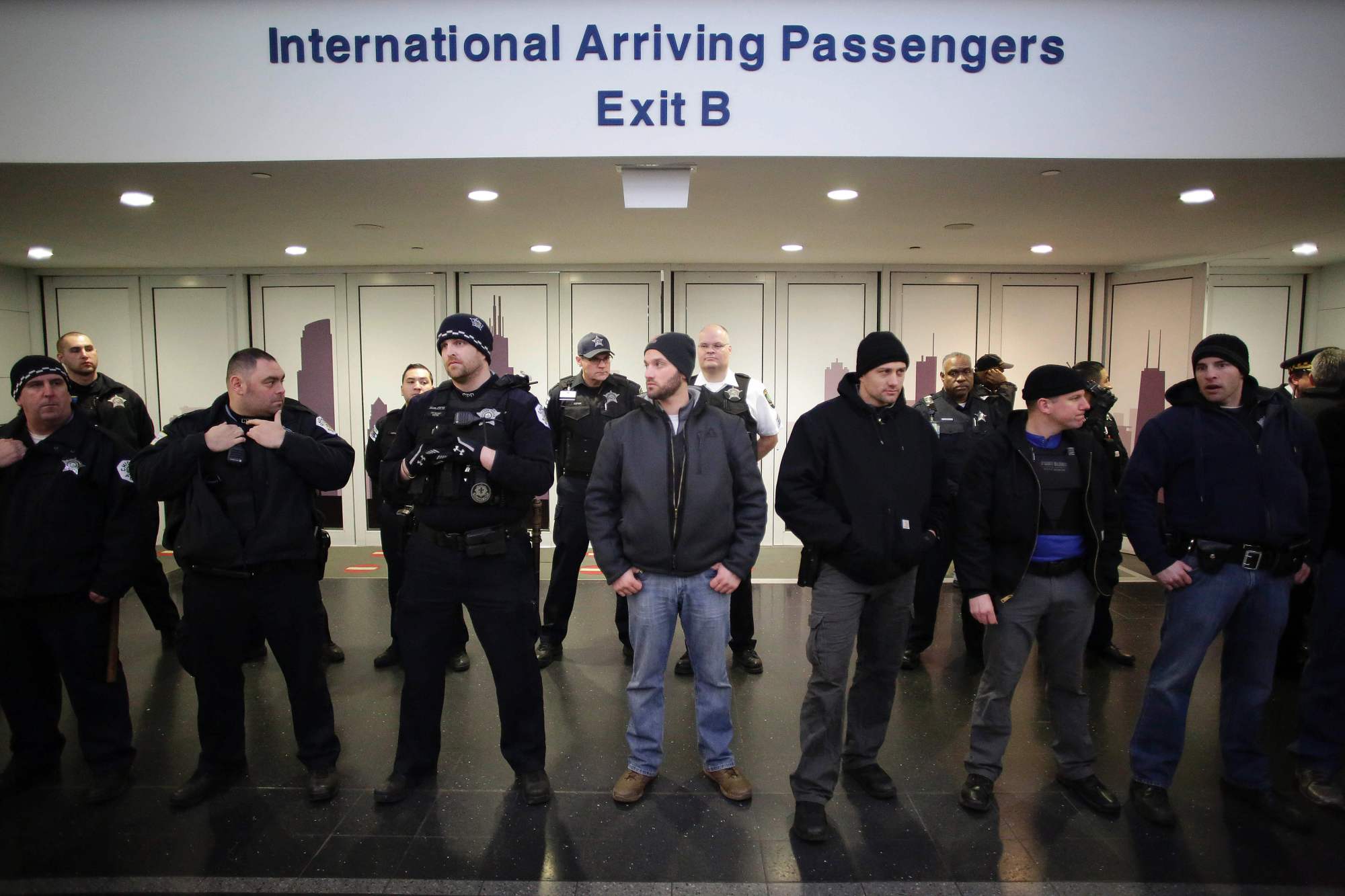 Like everyone else, I went to America for Trump’s inauguration. The whole vast European media establishment has its quadrennial migratory stampede, rushing over to the marshy grazing-grounds between the Susquehanna and the Potomac, to watch the great empire pretend to be very proud of itself as it ceremoniously shits its pants. Colour: bright orange; a firm 6 on the Meyers Scale. But the ceremony alone is never enough. Something about America sets people digging underneath. You plunge speeding into the murky hinterland, planting the photogenically indigent in front of your GoPro to hear the land itself speak through their mouths, and say what it really thinks of Donald Trump. You find mysteries in the Masonic sigil of DC’s street plan. You find secrets chained up in the basement of Comet Ping-Pong Pizza. You try to unearth the outlines of the Indian burial ground, the one that’ll explain why walls of blood are always surging through the shining city on the hill. America keeps on doing unutterably awful things, so you go there, and try to find out why. But first you have to go there. When I flew in to JFK airport, the line for customs was packed with anxious British journalists, tapping their feet, scratching for a cigarette, desperate to get out there, past all this endless bureaucracy, and start their work of finding out what the age of Trump would really be about. And meanwhile, the answer surrounded them.

Trump’s first major act as President was his Muslim ban – a piece of outrageous petty sadism, something that had absolutely nothing to do with keeping anyone safe, and absolutely everything to do with dividing society into two classes: the Muslims, the outsiders, those who would be subjected to arbitrary brutality, a plastic and expanding class of the threatening and the threatened; and those whose safety consisted in always knowing that they would never be part of the first group. Real Americans; law-abiding, decent, and always impeccably polite. As so many people pointed out, though, Trump couldn’t institute his Muslim ban by himself; it depended on the complaisance of thousands of bureaucrats, any of whom could decide to stop following orders if they wanted to. Nobody did.

Instead, something strange happened. With so many contradictory orders coming through all at once – from the White House, from the State Department, from the judiciary – it looked for a moment like the integrity and univocality of the state itself was starting to fall apart. And to fill up the gap, those bureaucrats spontaneously built a prosthetic state in the arrivals hall of every major airport in the country. Arbitrary rule asserted itself at the most granular level. An Irish traveller was turned away at the border because his flight from Hong Kong had a layover in Dubai. Legal US residents were compelled to sign a form giving up their green cards. A teenaged Lebanese dual citizen was detained and interrogated; the border cops asked him whether or not he loved his country. They didn’t just not refuse to follow orders: they went far beyond the orders they’d been given. They did whatever they wanted, and because they wanted it, it became legitimate.

Well, what would you expect? These are people who work at airports.

Airports always have an aura of magic surrounding them: not in the sense of mystery or wonder, but that of a trick: there’s the persistent feeling of being conned. Airports all look the same. The same shops; the same people. You walk into an airport, a strange fantasia of endless body scanners and duty-free shopping, and are subjected to countless small indignities that would raise a riot in any other situation. You’re then shuttled thousands of miles around the world – only to arrive at another, functionally identical airport. Maybe you’ve not moved at all. Airport-space: beyond the automatic doors there’s a small parallel universe of glossy linoleum, overpriced sandwiches, and screaming children.

Time behaves differently there. The twenty minutes of a delayed flight can take decades; an hour and a half until boarding can snap back against your face with the force and speed of a well-aimed punch. Laws and morals work strangely too: just saying the word ‘bomb’ in an airport is practically a capital offence, but most of the books sold there seem to concern a plot to kill hundreds of people in an airport. In an airport, it’s entirely acceptable to drink at seven in the morning. Everywhere airports appear as the exception, a place of increased security, increased threat, cheaper alcohol, the normal rules somehow suspended. But we live, unfortunately, in Schmittian times now. He writes, quoting Kierkegaard: ‘The exception explains the general and itself.’ The whole world is beginning to look like an airport – shopping centres and housing developments all have that smell of kerosene and disinfectant, the security state strides efficiently down every corridor. Out in ordinary social life, anxiety disorders have reached epidemic proportions; people feel rushed and desperate, without really knowing why. It’s because we’re all about to miss our flight.

Going through immigration at an American airport is, at turns, an excruciatingly banal and sharply horrifying experience: it’s the experience of America itself. Baudrillard went to the United States and saw the freeways, the desert, the constant motion, and decided that this was a country of space and speed – but he would have queued up at the passport desk like everyone else; there’s nothing more symptomatic of the Land of the Free than waiting in line for something.

You shuffle along interminably to a machine that takes your photo, asks you if you’re importing cattle diseases or whether you plan to practice prostitution during your visit, and then spits out a paper slip, with your image – in my case, at least, for reasons I’ve never been able to work out – defaced by a big black cross. Then it’s on to the guard himself. In other countries this is often a civilian, in his drab suit and tie; here it’s always a cop. You try to make easy, guiltless conversation with him and end up blabbing, while he stares menacingly at you and asks his short questions, poised on the edge of finality. Why are you here? What have you done wrong, that has caused you to be brought before me like this? It only takes a moment of suspicion, the sweat forming on your forehead or your eyes tracking off to the right, and you’ll be sent for a purgatorial infinity in that sad little room, the one with the interrogators snapping on rubber gloves and the soft staccato sobs of the people who are about to be deported.

And above this slow, mournful pilgrimage dangle the TV screens. Patriotic images, eagles swooping through rocky canyons, the gentle surf of the Pacific washing against an 80s-kitsch purple evening sky, a message of welcome from a grinning President Obama, a warning that sniffer dogs will find the fruits and vegetables you’re undoubtedly trying to smuggle in. A large American flag hangs between them, with the message in a jaunty yellow font: U.S. Customs and Border Protection Welcomes You to the United States.

Of course, I have it easy: white, Jewish, European, from Britain no less; if you’re a Muslim or a Mexican, all this hovering potential for violence is directed against you from the moment you step off the plane. But that’s the entire point. The airport is a diagram. For Foucault, the model for all repressive societies could be found in the prison; ours is a carceral society, in which the technologies of control applied to prisoners are the model for the technologies of control applied to everyone at all times. America is an airport society in a far more immanent sense. These aren’t just fascist microstates that have mushroomed up on the edges of the big cities, but power itself. Once fascism meant grand projects, the total restructuring of society according to mad and neurotic fantasies, dreams of interstellar permanence and mythological destiny. Now, it’s been realised in nothing more than the extension of the logic of the airport to all areas of life.

The American state is all hollow inside; it’s nothing more or less than its border. The border doesn’t just make a distinction between inside and out; it individualises and atomises people as they pass through (with exceptions, of course, for the nuclear family), it creates social streams and classes, it suspends you in its filigrees of bureaucracy, and then pretends to let you go. But there’s nothing to go into, nothing to dig through; only one sprawling and terrified airport, with its service hubs and its Cinnabon outlets, its miles of parched and unexplored runway, its hotels and offices and staff-only zones, from sea to shining sea. And running through everything but dividing nothing from nothing, the line. There’s a sense everywhere in America, one that Julia Kristeva picked up on, of ‘a border that has encroached upon everything.’ But Kristeva wasn’t talking about airports; not directly, at least. She was talking about seeing a corpse. 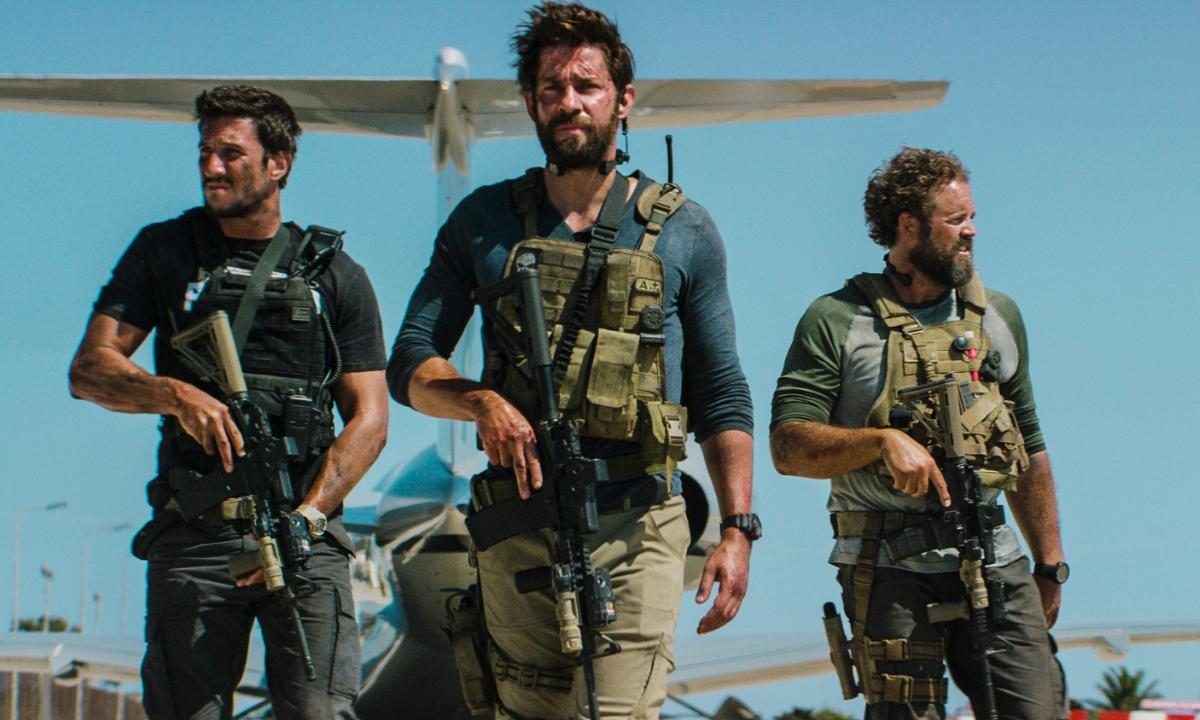 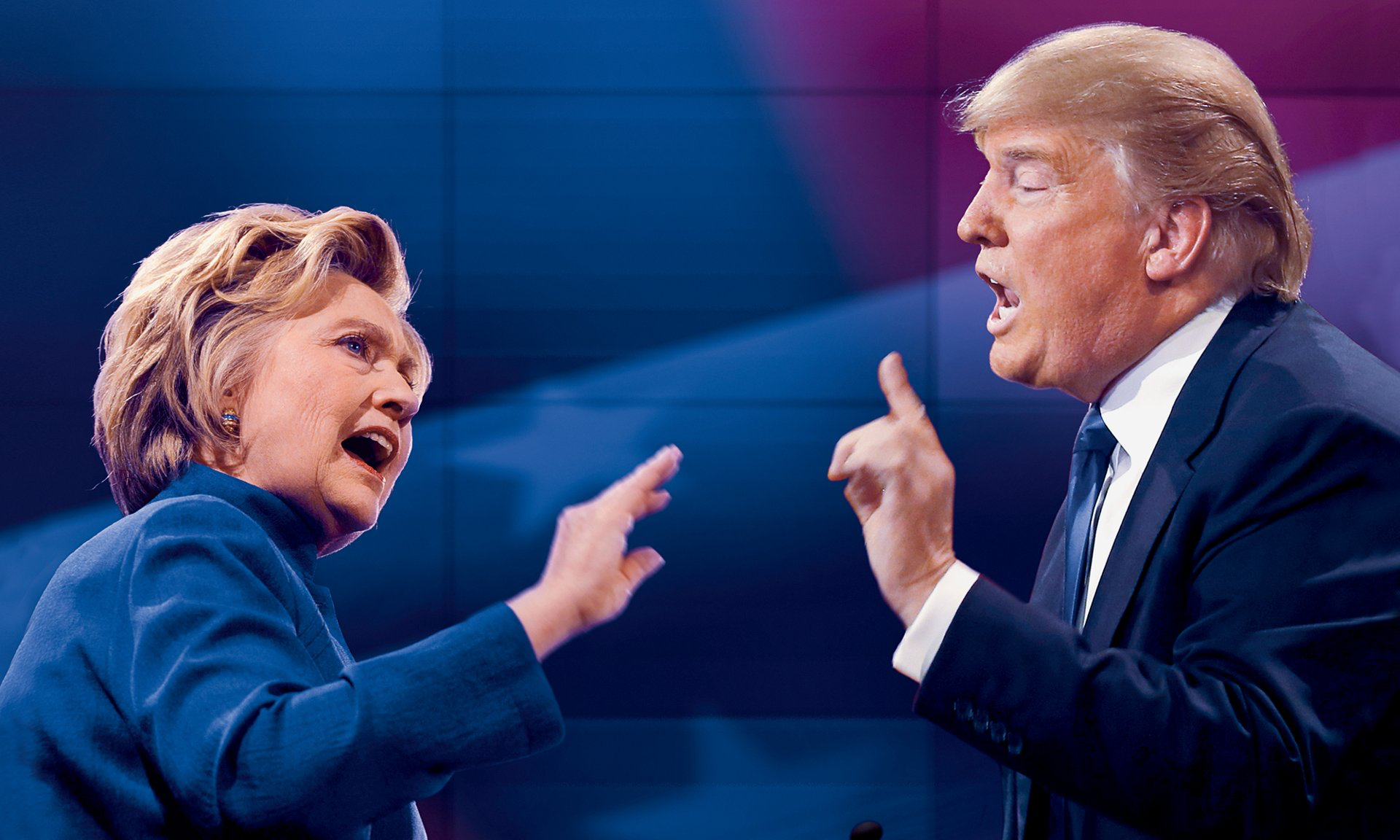 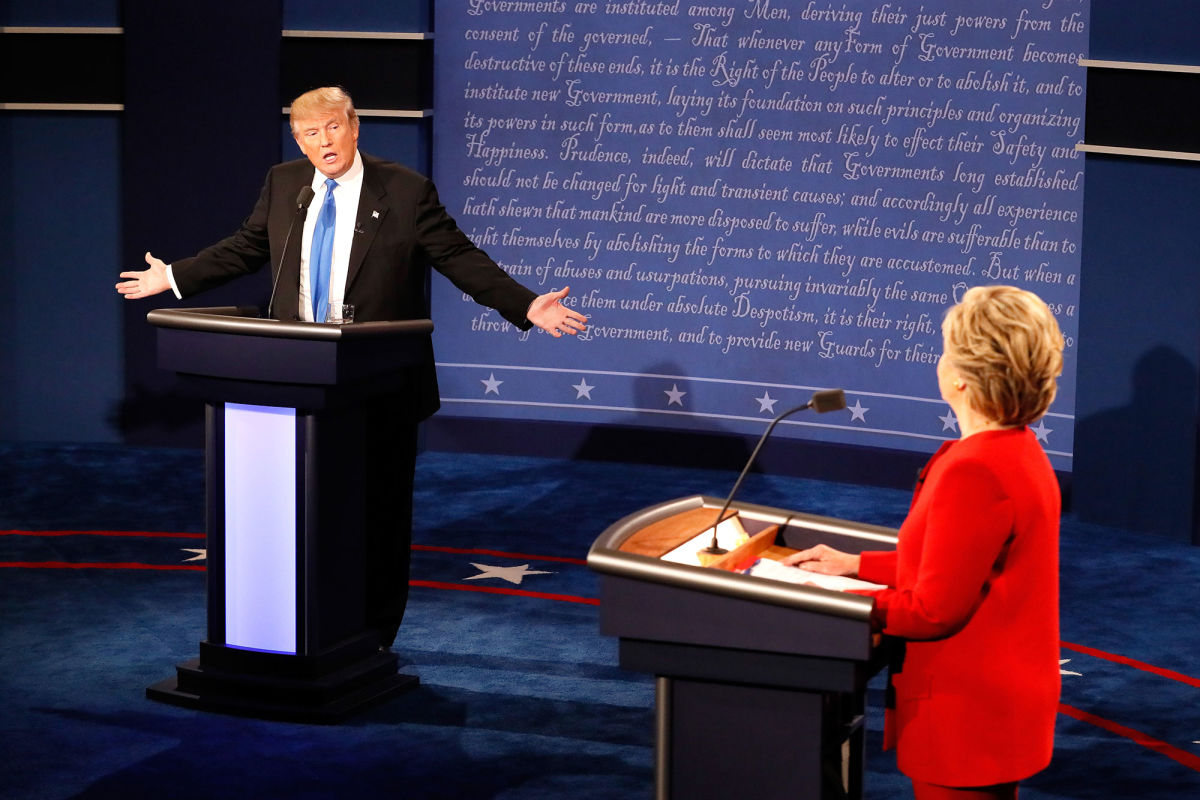 Sweet ’16: Notes on the US Election