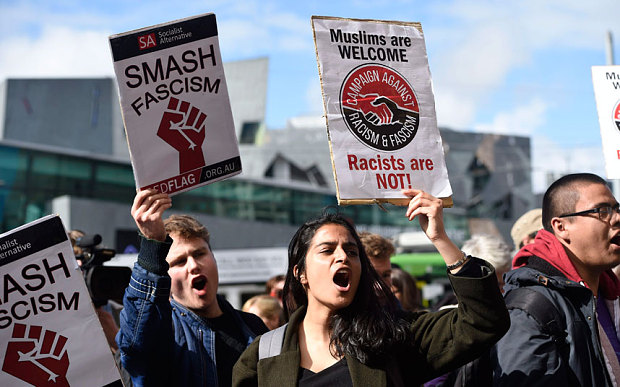 The border is everywhere and nowhere. Not merely a marker of territoriality, the border reinforces the sovereignty of the nation-state, and officials of the border control system can descend on any space to enforce exclusionary powers and police undesirable populations at will. This is what ‘Operation Fortitude’, unleashed on the Australian public last month, shows us.

On the morning of Friday, 28 August, 2015, a press release from the newly formed Australian Border Force (ABF) announced that its officers were to be deployed on the streets of the Melbourne CBD, in conjunction with the Victorian Police, over the weekend as part of ‘Operation Fortitude’. The press release quoted the ABF’s Regional Commander for Victoria and Tasmania, Don Smith, who declared:

ABF officers will be positioned at various locations around the CBD speaking with any individual we cross paths with,…You need to be aware of the conditions of your visa; if you commit visa fraud you should know it’s only a matter of time before you’re caught out.

This gave the impression, later denied by ABF, that Border Force officers would be stopping people at random on the streets to interrogate them about their visa status – either by stopping everyone or by selecting certain individuals to be questioned. This raised the concern that ABF officers would use racial profiling to determine who should be selected for questioning. And how would ABF officers would determine someone’s visa status if stopped in the street? No one is legally required to carry any form of identification in Australia. Determining someone’s visa status from ‘random’ selection on the street would be a difficult and timely process. The Migration Act 1958 allows officers to enquire into someone’s visa status if they ‘know or reasonably suspect’ that someone is a ‘non-citizen’. For example, Customs officers have previously been involved in raids of specific businesses or properties suspected of employing or housing non-citizens), but how would ABF officers ‘know or reasonably suspect’ someone of being a non-citizen simply by stopping them in the street?

Concern about this planned operation spread quickly via social media, and there was a rapid mobilisation against the plan. At 2pm on the day of the announcement, hundreds of people gathered at Flinders Street Station in Melbourne. This was organised to coincide with the ABF’s intended press conference to launch the weekend-long policing ‘blitz’. As protest via social media grew and the mainstream media started to ask questions, the ABF and Victoria Police started to backtrack. The Victorian Police soon pulled out of the operation, after the Victorian Police Minister, Wade Noonan, stated that he believed that Operation Fortitude would be a standard public policing operation targeting antisocial behaviour in the city centre and on public transport. The ABF, still intending to go through with the operation, claimed that it ‘does not and will not stop random people on the streets’. However, it soon became apparent that this would not alleviate the anger against Operation Fortitude if it was to go ahead. With hundreds of people massing around Flinders Street Station by early Friday afternoon, the ABF cancelled the operation.

The ABF hierarchy and the Abbott government claimed that the media had misquoted the press release. They asserted that the ABF was only there to provide support to the police by questioning people already detained. But the initial press release makes the intention of Operation Fortitude clear. This was to be a public demonstration of the new powers of the ABF and to reinforce the notion that the Abbott government was tough on border security, wherever the border was being violated.

The Australian Border Force was formed through the merging of two government departments: the Australian Customs and Border Protection Service, and the Department of Immigration and Border Protection. The merger gave officers of the new Force greater policing powers, including an increased capacity to use weapons. Operation Fortitude was to be the ‘first’ public display of its policing prowess, unleashed upon the community in one of the most multicultural cities in the world.

The primary purpose of the ABF for the Abbott government is to make border protection central to the public’s perception of the government, seeing it as one area where they have been successful. When in opposition, Tony Abbott’s Liberals had run a sustained attack campaign against Labor over its border protection policies. And while many of Abbott’s policies since coming to power have either failed to become law, or have alienated wide sections of the community, the border stood out as an area where the government seemed to have fulfilled its promise. Abbot said he would ‘stop the boats’, and he did. However, as the recent tragedies have shown us, ‘stopping the boats’ only prevents people from landing in your country and in order that they can die, or be incarcerate, elsewhere.

The strict enforcement of borders has increasingly become the government’s way of demonstrating their sovereignty. It is a space where the state is able to exert its power to its full extent – putting pressure upon the most marginal elements of society and sorting the population into those who are deemed to be ‘desirable’ and who are not. As Teresa Hayter points out:

Nation-states have lost some of their powers in the face of so-called ‘globalisation’. They cling to one of their last prerogatives: their power to exclude from their territories the persecuted and the poor

One of the things that angered many people was that the ABF were performing their duties outside the traditional space that we believe that the ABF operates within – predominantly ports of entry into the country, such as airports. Operation Fortitude highlighted that, in fact, the border is everywhere (and nowhere) at the same time. The ABF can enter both public and private spaces to interrogate, detain and eventually exclude those are deemed to be in the country ‘illegally’. The planned operation was intended to create fear amongst those who are in the country under false pretences and to give the illusion to certain sections of the Australian public that the ABF was in control of Australia’s sovereignty. This builds upon what ABF Secretary Michael Pezzullo said in a presentation given to Australian Strategic Policy Institute in December 2014:

Today, borders retain their function of marking legal delineations of state dominion. At regulated ports of entry and exit, cross-border flows of people and goods take place, where states are able to determine who and what has the right, or gift, of entry or exit, and under what conditions. But in the age of global interdependence, rather than being seen exclusively as a territorial barrier, we should see the border as a space where sovereign states control the flow of people and goods in to and out of their dominion.

As a background to this public display of the ABF’s strength, the Australian border control system has grown increasingly strict since the 1990s and the Abbott government has made much political capital out of their harsh border control practices. Since winning the election in 2013, the Abbott government, with Scott Morrison as Minister for Immigration, has been involved in turning back boats to Indonesia, paying people smugglers in neighbouring South East Asian countries to not take people into Australian waters, and imprisoning people (including children) in appalling conditions on Nauru and Manus Island. A number of reports have found that instances of sexual abuse of women and children have occurred in these offshore detention centres. The Abbott government have avoided doing anything about these allegations, and have instead focused on rebuking those who have criticized the government’s inaction. All of these have been media managed by the Abbott government, refusing to speak on ‘operational matters’ when asked by the media and publicly hyped when desired. Although there has been constant criticism of the government’s treatment of asylum seekers, a large part of the Australian population has seemed to accept the need for these strict border policies and implicitly endorsed the way that Morrison, and his successor, Peter Dutton, have handled the ‘boat-people’ issue. With this supposed endorsement by the Australian public, the ABF’s Operation Fortitude was bringing the border protection techniques developed at the periphery to the metropole.

When people started to mobilise against Operation Fortitude on that Friday morning, the ABF were taken by surprise. Their press release had been aimed at pre-emptively making their presence known to all, a shock and awe technique for the multicultural city dwellers. Instead it created an instant backlash. Over the last few years, many political commentators and opinion piece writers had rhetorically asked where the political passion of the Australian youth had gone, but this mobilisation via social media demonstrated that people could still be motivated to act against injustice. Furthermore it demonstrated that ‘clicktivism’ can complement traditional activism on the streets, rather than denigrate it.

The government miscalculated, believing that the planned operation would be welcomed by many people, as their other border protection initiatives had been in the past. However, the same government has misjudged the mood of the Australian people on a number of occasions over the last two years, and this overstretch has further indicated that Tony Abbott and his cohort are simply out of touch with the electorate.

The defeat of Operation Fortitude has been celebrated as a victory of anti-racist forces against the Abbott government and has served as a positive rallying point for anti-racist activists in Australia. And hopefully, in tandem with pro-refugee and anti-racist movements in Europe, it may help launch a more sustained campaign against the ill treatment of refugees and other migrants in Australia.

Evan Smith is a historian at Flinders University in South Australia. He blogs about British, Australian and South African history and politics at Hatful of History blog. He tweets at @hatfulofhistory. 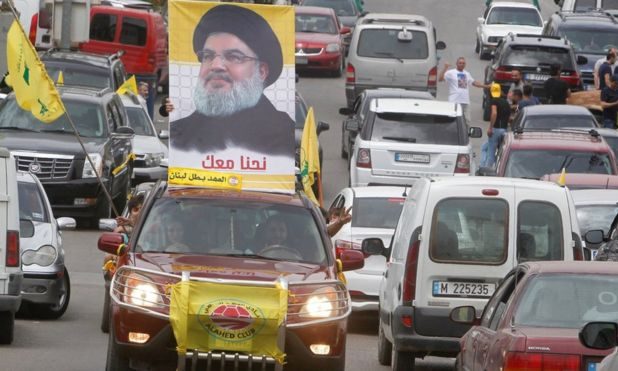 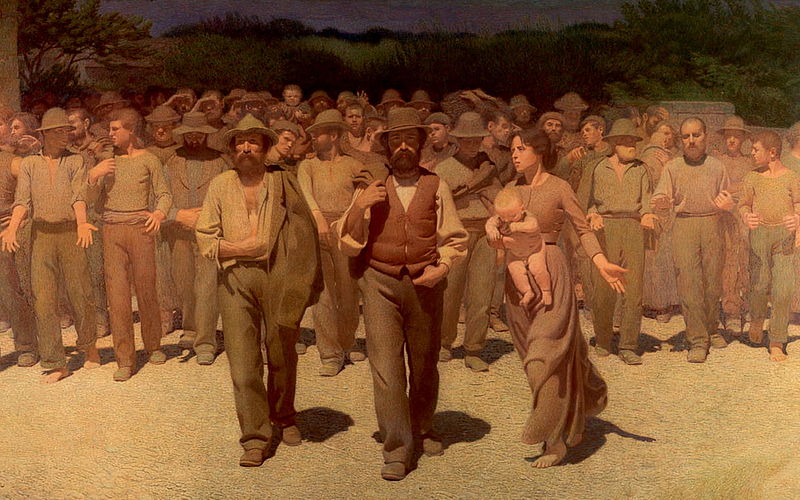