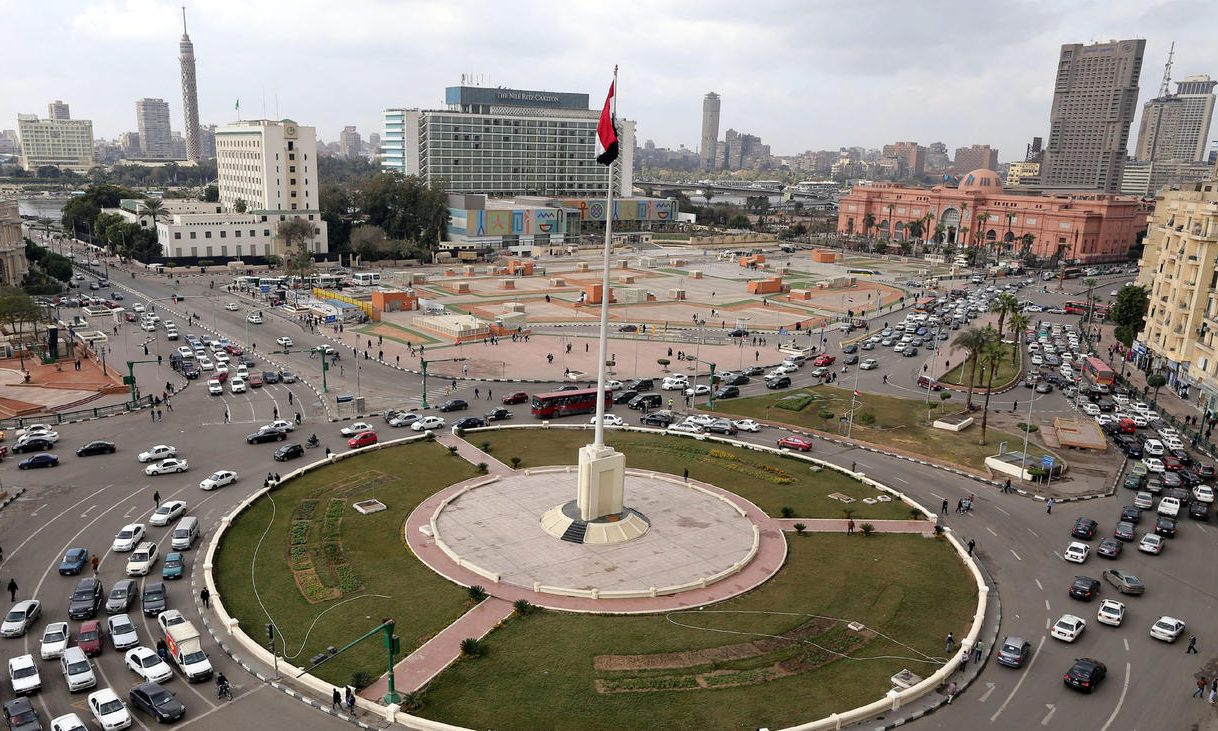 There is this not-so-rare occurrence which academics dread: you write something, but before it’s finished, someone else publishes the exact same thing and you’re left with dead words and the ludicrous task of nit-picking the other author’s argument for no obvious reason at all, simply because you need to publish. You have to make that REF exercise, or you’re fired. This is the first non-academic piece that I have written in several years and it’s refreshing not to have to care. So I’m going to go ahead and open with almost the same sentence Alaa abdel-Fatah wrote for the Guardian from his cell in Tura prison, on 23 January 2016, just a stone’s throw away from me and my comfortable Cairo home.

All I seem to be able to write about is my inability to write.

I haven’t written a word on the revolution, or any other contemporary event since September 2013. When I sat down to write this piece, I knew that I might not manage, that I had no idea what I would write about. I figured writing this could be a good way to force myself to face today’s Egypt and perhaps might restore my ability to say things about things.

Nothing. My mind was drawing a complete blank. I wrote the words ‘no words’ over and over for days until I gave up on the write-first-think-later strategy. I had nothing to say. No issue to raise, no contradiction to point out, no political argument, no mobilisation strategy, no future goal, no worthy event. No words. If it was anyone else, I might have believed that someone who had nothing to write had no qualms about or problems with reality. So I turned to my friends and comrades and began posing the question: ‘What’s the first thing that comes to your mind when I say that five years have passed since the 28 January?’ – the day we kicked the violent state’s ass. Their responses were almost entirely monosyllabic.

‘Balls’ came in first, with three people just saying that. Followed by the two exclamatory expressions ‘yaaa’ and ‘aha’ which came up twice. The rest offered more sophisticated variations of words that said either nothing or everything: ‘stupidity’; ‘we erred’; ‘we’re fucked’. Or my favourite: ‘What do you want?’ Which was,incidentally,almost everyone’s response when I pressed the question a second time.

Two responses passed the three-syllable mark. One friend told me to ‘tell them’ – it’s unclear whether that referred to my readers or the Ministry of the Interior – ‘we’re not going to fucking Tahrir, what more do they want from us!’ Another just said,‘30 June was our mistake. We should have worked with the Brotherhood …but that would have meant working with the state … shit. What do you want, Hannah?’

They were all comrades-in-battle, people with whom I shared the best and worst moments of my life. They were all revolutionaries who would have gladly died for whatever it was we wanted. I cannot remember and they couldn’t remind me.

They are my family, that was my question and those were the words they could muster in response. And their words were my thoughts when I began writing this. I had forced an interaction, a political conversation in a format our present cynicism cannot bear. What do you mean,what do I think on the revolution’s birthday? I think shit-fuck-fuck, is what I think. What do I feel? I feel shit-fuckfuck, is what I feel! Why are you asking me this and why aren’t we communicating in cryptic one-word fourth-order inside jokes laden with sarcastic and bitter undertones? They were thinking what I and probably half the Egyptian population are thinking: what’s the point? We tried everything. It’s all fucked anyway.

For all the euphoria, all the previously inconceivable purpose and aspirations which the spring brought to us – and,I might add, all the naiveté which we brought to it – the counterrevolution was something we did not envision. We had never learned to mourn our dead, because there was always something big to do the next day, something to make up for it. That’s where it started, the depression that arrests us. We had never learned to reckon with our political mistakes, because there was always some grand political opportunity around the corner, promising to overthrow everything ever. We had never learned to process our feelings; being part of the masses, being on the streets, was always the go-to antidote and compensation for all the hurt and loss.

Many of us had forgotten how to work normal hours, how to sleep a straight six. We had definitely never learned to deal with guilt: we were resisting a murderous state, there was always a larger score to settle. With its smug sunglasses and magic disappearances, the counterrevolution mocks our every memory, taunting us: was any of it even real? Were we all just a mixture of paid and duped informants?

They painted over every wall, rewrote every story, removed every video, censored every writer, banned every film and book, raided every other house, any radical space. They built stuff, too; walls, barriers, monuments to heroes that never were. And prisons. Lots of prisons, with tens of thousands of prisoners whose memories are constantly threatening to vanish.

The people? When it didn’t disappear or imprison them, the state broke them down. It taught them how to live in fear, to become hypocritical, lying versions of themselves, so routinely worried someone might overhear them that they unlearned how to speak. It pulled the most widely-used drug in the Egyptian market by youth and manual workers, Tramadol, raised its price 2,000 per cent, and then flooded the market with low-grade heroin, killing thousands of could-be-threats in the process. It brandished our Syrian neighbours’ fates as a stick with which to beat us, plastered photos of their dead children on billboards, and told us it was between double-digit inflation and Daesh: your choice. We were left to wither and weep with our guilt, as our ranks were scattered: to heaven, jail or Merkel’s benevolence. No, the counterrevolution was cruel, in a way for which we had not prepared.

I think this is what’s missing: Then there is the Muslim Brotherhood issue. When I do my accounting of the last five years, looking for regrets – and we all run it over and over in our heads, lest we forget – 2013 is the year I gloss over. In trying to write this piece, I dug up the last thing I had written: an article on the events in Rabaa’ commissioned by the Guardian but never published because I didn’t approve the edits. Looking back, it’s probably because I didn’t approve of what I wrote: roughly, that the attempt by both left and right to make the entire affair about the military overthrow of an elected president without factoring the agentive reasons which gave popular credence to that event was futile and dishonest.

Looking back, it’s probably because I didn’t approve of what I wrote: roughly,that the attempt by both left and right to make the entire affair about the military overthrow of an elected president without factoring the agentive reasons which gave some real popular support to that event was futile and dishonest. It was a pedantic piece, but it reflected how most of us felt and acted at the time: ‘We have always defended the right to protest, we’ve always been against the military. Nothing about this alters our position towards military rule nor does it obviate or change the fact that the Brothers betrayed a lot of people’s trust, ergo, our sole role is to stand in our balconies yelling “murder” on loop.’ I still stand by that sentiment today, in the sense that I don’t think I was capable of acting differently then, and that is the source of the guilt that I carry.

We offered very little practical solidarity to persecuted members of the Muslim brotherhood after 30 June and although we cried, we rested safe in the knowledge that they had betrayed the revolution first. There was this hiatus after the massacre at Rabaa’: most of us just refused to talk about it, none of us admitted responsibility and all of us cried alone. And then a group of people risked it and tried to protest the protest law. Surely, if the revolution had achieved anything, it was the right to protest? They were all sent to prison, some for life by emergency ‘counterterrorism’ courts.

I resent that there is a generation that had lived it all before. They could have told us that this was all tried and tested,and that if there was to be a real revolutionary outcome, then resistance must occur along fresh lines. So much of it was recycled from our past. The most infamous chant to come out of Tahrir was a play on the slogan of the 1977 revolt. The debate on the constitution could have been lifted out of any 1940s newspaper. Sit-ins and protests often marked the same historical sites of resistance to the British.

In our silence, we wonder whether it was all so predictable: the military would play saviour; when that exposed its power too much it would look for a side to back or a façade to build; when its usual suspects were too weak to withstand popular pressure, it would resort to cozying up to one of the two oppositional forces and like magic that would split the movement, allowing security forces and the media to exhaust one side completely; and,before they know it, the other side are all in prison too. The closest analogues are Nasser’s campaigns against the Islamists and Communists in 1954 and 1959 respectively,and Sadat’s campaigns of 1972 to 1977.

The question which haunts many of us is a historical one: if political Islam is the ideology which by far contributed most to the nationalist anti-colonial struggle, and if military officers are the social group who were always-already set to benefit most from decolonisation, is the post-colonial Arab state destined to fall between these two vectors of governance? Will every other social issue and movement continue to mold or fold under the weight of either hegemony (Hindsight having shown that if we refused to mold after 30 June, we would fold instead.) Is this where Fanon’s argument is ultimately laid to rest? Are we all so wretched, so hollowed and humiliated that our imaginaries present us only with the option to support a lesser ideological violence against an armed and institutionalised violence, or else to be complicit in both by pretending to stand behind neither? Why can’t we conceive of a revolutionary violence free of gender, sexuality, class and sectarian hate?

We tried. Perhaps we were also lacking in revolutionary psychiatrists: maybe that would have helped us imagine new things to dream of.

What I’m trying to say is that Egypt is depressed. We cannot move forward because not a single one of us has the slightest clue where to go next,and so we enter Year Five of the Egyptian Revolution lodged deep in an interregnum of the morbid Gramscian type, where ‘the crisis consists precisely in the fact that the old is dying and the new cannot be born’.

The battle is no longer over the square, or even over the revolution: it is over our very psyche.