Those as old as I read Marx in light of our wars. They always heard called ‘Marxist’ those whom the power of weapons, profit or power sought to reduce to silence. ‘And you, how do you call the people oppressed or killed in the name of Marx?’ I will now be asked – perhaps imagining that I haven’t yet found the time to ask myself.

I answer that they’re on my side. I count them among those who since 1917, the year of my birth, have been the enemies of my enemies, in Madrid as in Shanghai, in Leningrad as in Rome, in Hanoi, Santiago, Beirut… The hunters of ‘Marxist animals’ (this is how they speak) must have always found it difficult to appreciate the theoretical differences between Marxian, Marxist, socialist, communist, Bolshevik, and so on.

Let me explain myself better, for their benefit. There is a Russian photograph, from the time of the civil war: a platoon of starvelings, hats on their heads like Chaplin’s Tramp, torn shoes, the tsar’s rifles slung on their shoulders. This is Marxism. There’s another photograph: Warsaw 1956, a skinny young man, wearing a raincoat, is saying into the microphone, to a vast crowd of workers, that tomorrow the Red Army, like in Budapest, may want them dead or deported. This too is Marxism. With those who say they don’t understand these things, it is better not to speak of Marxism at all.

A number of my Italian contemporaries disappeared before their time from the face of the earth, fighting against bourgeois and fascists. Thanks to them, if the security services wanted to search me, I could show the works of Marx, Lenin and Mao ageing on my shelves, without fearing, once again, to be dragged to torture and the mass grave, as has happened and happens every day only a few hours’ flight from us. Ten or fifteen years ago we came close to civic arenas or the bowl of San Siro welcoming, as in the Santiago de Chile stadium, the ‘Marxist animals’. I know who would have helped me, in that situation: not the ones who know me because they’ve read my books. I take the opportunity here to remember Alaíde Foppa, my colleague in Italian literature in Mexico City. I met her years back. Recently, I’ve come to know who killed her, in Guatemala. This too is Marxism.

I began in 1940 with the Manifesto, following the advice of Giacomo Noventa and Giampiero Carocci; with no enthusiasm. I then understood something through Trotsky and Sorel. During the war, in the infantry, I underwent a good course of practical Marxism. In Zurich, in the winter of 1943–44, I can’t recall just how many books I read, summarised and annotated, which spoke of socialism and historical materialism.

Back then we used to mix everything up. I remember finding a pamphlet in French very useful; it had been written by someone who signed with the pseudonym, I later found out, of Saragat. This apprenticeship included texts that were even too disparate: Malraux and Rosselli, Victor Serge and Silone, Mondolfo and Eluard… At war’s end came less unruly readings: the historical works (Class Struggles in France, The Eighteenth Brumaire, Civil Wars in France), part of the Holy Family, the first chapters, shining with genius and synthetic power, of the German Ideology, the two tomes of the first book of Capital, and beginning with 1949, those Economic-Philosophical Manuscripts of 1844, today so derided, and which have never stopped surprising me for their capacity to guide us from Hegel to the days that still await us; and to pronounce words of unspeakable actuality. And still more.

After twenty years of historical-philological diatribes over the early and late Marx; after Lukács and Sartre, Bloch and Sohn-Rethel, Adorno and Althusser, Mao and the Turinese friends of Quaderni Rossi, I haven’t felt the need to return to those pages except in the terms of which Brecht speaks in a poem entitled, precisely, ‘Thought in the Works of the Classics’: ‘It doesn’t care whether you know it already; it’s enough that you have forgotten it… without the teaching of the one who still yesterday did not know that he would soon lose his strength quickly decaying.’

We are not commemorating our youth. Even if fundamental, that thinking is nothing but a passage in the uninterrupted process that carries us from light to shadow and back to light again, and from believing you know to knowing you believe. From it, we compose our existence (like that of anyone else). Or should we repeat, for the relish of the more foolish, what we think we always said, namely that we never believed that the thought of Marx could serve as an interpretive key of the world more or better than, say, Dante’s poetry? An education to history allowed us at least to glimpse what had been said and done long before, and what would be said and suffered long after us.

When in Italy, at least since 1900, the year of publication of Croce’s book, every few years we are told that Marx’s is an outdated philosophy, I have no difficulty in accepting it, even if right afterwards I ask what it might mean for Plato or Kant’s philosophy to be outdated. When it is explained to us that the Marxian theory of value or that of the tendential fall of the rate of profit are manifestly mistaken, I have no difficulty in accepting it; also because I never used it to understand the ways of this world. When I am shown that the idea, which certainly belonged to Marx, of a passage from human prehistory to history via the end of private property, the state and alienated labour is grounded on a fallacious anthropology and has been definitely debunked by ‘real socialisms’, I recognise it openly; also because I have always ascribed the figure of unlimited progress to the mistaken affirmation of man’s unlimited perfectibility, an enlightenment-bourgeois mistake which Marx inherited.

But when I’m told that the theory of ideologies is false, that the class struggle is a fable and that socialism is a utopia devoid of the pragmatic utility of other utopias, I ask for an extension to the hearings. First, because contemporary epistemological thought, from the psychoanalytic critique of the subject all the way to semiology, confirms the end of every immediate coherence between word, consciousness and reality, and between world and worldviews; second, because to this very day it is difficult to deny – and this was known well before Marx – the existence of uninterrupted conflicts of interests between human groups for the possession of the means of production and the sharing out of the social product; conflicts that are determined by modes of production and that determine the arrangement, or the upheaval, of the whole of society. In what regards the third and last point, I happily admit that it rests on an indemonstrable conviction.

The will to equality and justice pertains to politics only thanks to the mediation of ethics and religion. Marx didn’t provide any better reason for it. Independently of every perfectionist myth, I think we must continue to will (a will that implies struggle) an ever-wiser management of knowledges and existences. The ‘dream of a thing’ is the realised capacity of individuals and collectives to operate on the relationship between necessity and freedom, fate and choice, time and instant. The socialist and communist movement has based itself for a hundred years on what it called Marx’s teaching. A major part of the latter was the idea that the passage to communism was to be the consequence of the development of the productive forces, of industrialisation and of the growth of the working class; and to be achieved through centralised planning. In these knots of truth and error ‘real socialism’ tied itself up. Today, the outcomes of the past stop us from looking to the future. These outcomes are tragic not just because of the political, economic or cultural defeats, nor simply because of the human costs; but because, even outside of the communist countries, ‘real Marxism’ accepted the mental framework of its antagonist: the primacy of technology, the ethics of efficiency, the exploitation of the weakest. All the attempts to escape this logic seem to have failed, the greatest being the Chinese. And yet, as Bloch says, no proof has been given that the escape is impossible. The Marxist inheritance is divided: one half is still ours, the other belongs to the enemies of socialism and communism, beneath every flag, including the red one.

As for the brilliant mind that died a hundred years ago, it is also thanks to it that the role of great personalities and their burial places has been put into a different perspective. Yet I have paid moving visits to the Communards’ Wall in Paris and the Rain Flower Terrace or Memorial Park of the 100,000 Revolutionary Martyrs in Nanjing; were it possible, I would also go to honour the dead of the Gulag: they are all on the same side, which remains a side; not the hypocrite embrace between victims and murderers. Marx taught us in fact to understand once and for all what implacable work the unknown, the infinite vanquished victors, carry out in the societies that would prefer to ignore them, as well as within ourselves; what tunnels they dig, what blast-holes they prepare even inside those who hate them for having wanted something that entire oppressed peoples continue, dead and living, to want. The whole of human history, he tells us, must still be fulfilled, interpreted, ‘saved’. And either it will be or there will no longer be – we know it is possible – any history. Either you interpret yourself, overcome yourself, ‘save’ yourself, or you will have never existed.

The friend of Friedrich Engels was certainly not the first to tell us. But he was the last. And the tale is even better told, obscure to itself, by ‘the real movement that abolishes the present state of things’ (German Ideology, 1845–46). This too is Marxism. 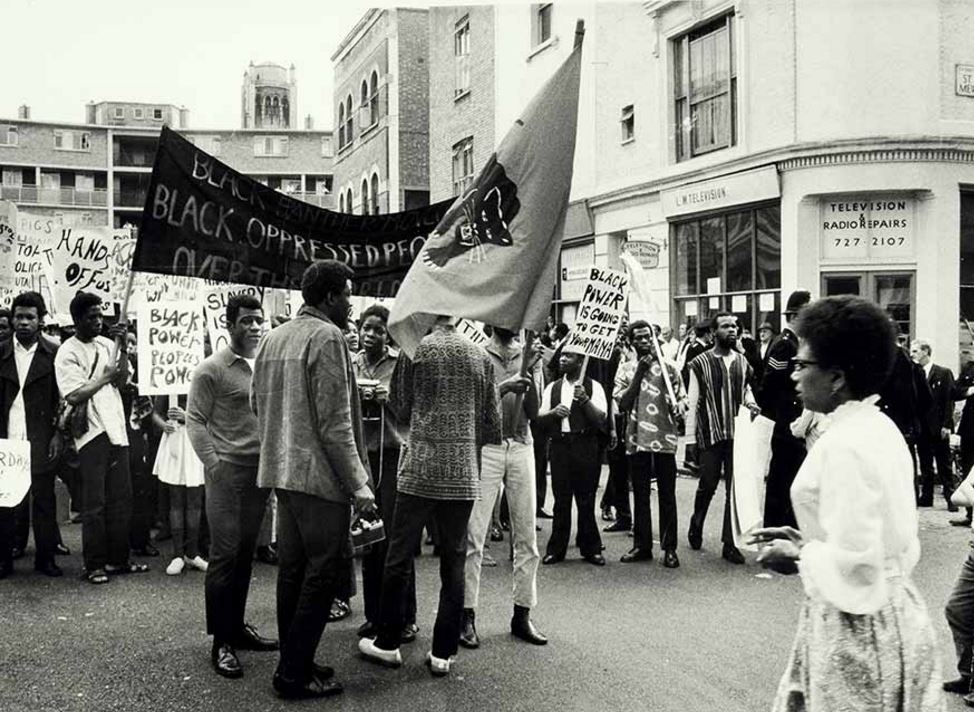 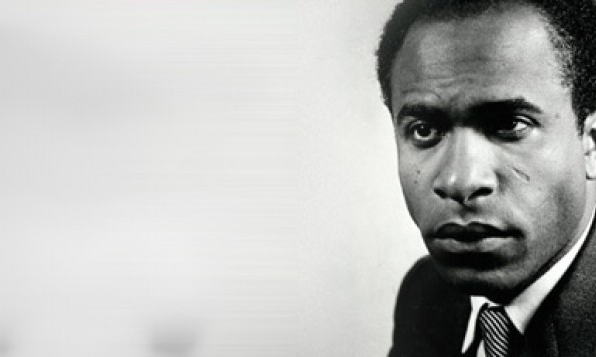