A Free Zone Unlike Any Other 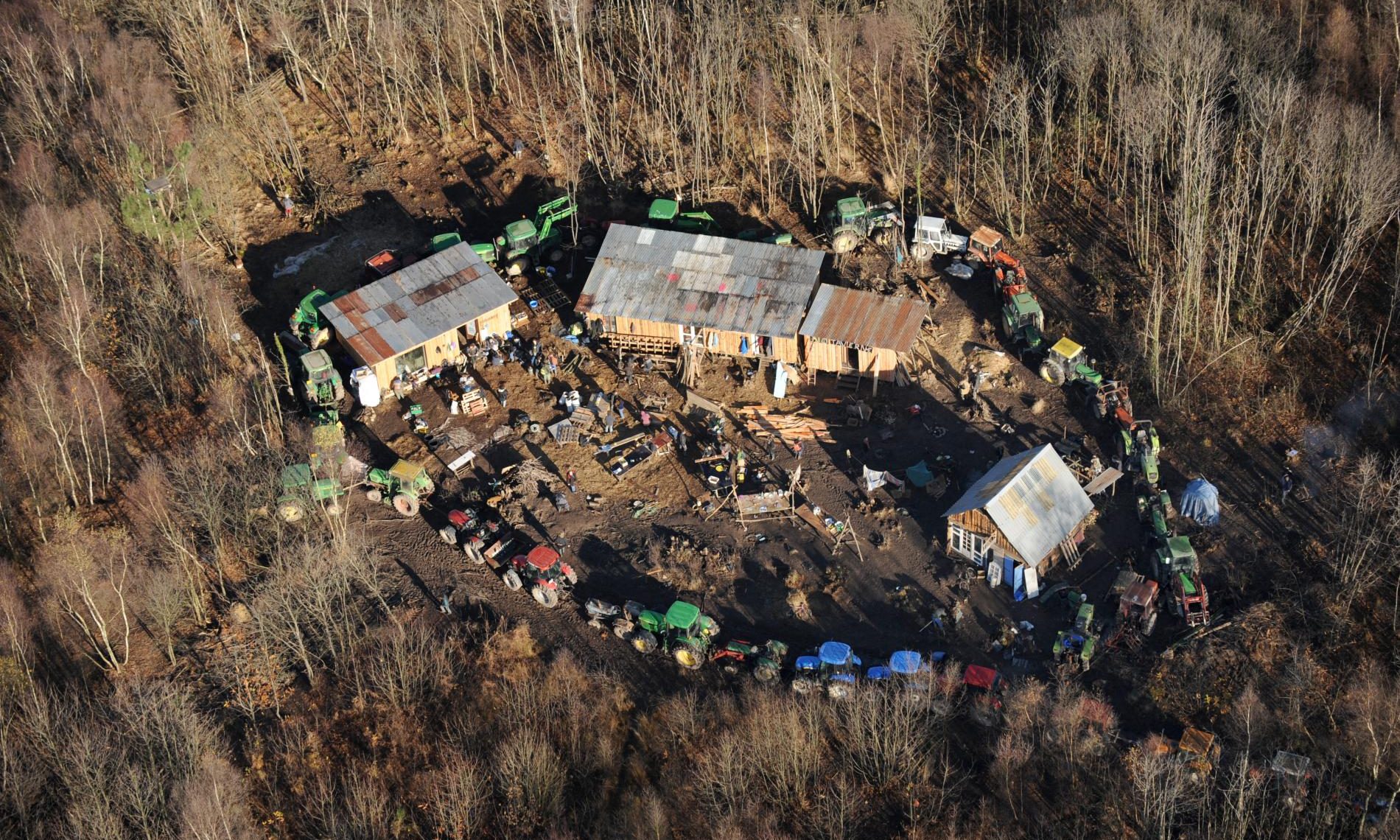 A French hamlet is being threatened by a multinational company’s plans for an airport. The eviction is being carried out by thousands of police officers and soldiers. Is it bizarre for the French state to deploy its army and police force against its own citizens to enforce the whims of a private company? Imagine a small English village having to defend its way of life against bulldozers and tear gas.

I suppose the events did not occur exactly as described. The state doesn’t particularly adore the airport company: it just rejects the village as a foreign organ in its body. And the ZAD is not exactly a village; it is more like a permanent protest camp on the site of a potential airport construction near Notre-Dame-des-Landes, in existence for six years or so. The ZAD is a ‘zone à défendre,’ a zone to defend, ostensibly from airport expansion. The ZAD is a void of ownership, and that’s what makes it even more astonishing that the villagers – the ZADistes – successfully fought off all the forces the French state could muster.

Free zones are a bit like tax havens. They are geographically-demarcated zones, the distinguishing feature of which is that within them some laws do not apply, especially ones which inhibit trade (in the neoliberal capitalist sense). They are attached to various states at arm’s length all over the world. Some free zones are set up by the state to directly benefit the economy and some are indirectly blessed by the state. Either way, free zones still retain a relationship with a state, whether that’s having been sanctioned to exist by it in the first place, or simply not paying taxes. Even in the latter case, the agreement to not pay taxes exists, and serves the state. The state relies on free zones to act as magnets, attracting activities that it would rather were not seen by NGOs. In return, the state exempts the free zones from adherence to tax law and labour regulation.

The land of a state is recognised by adherence to its rules, in which the state is the official source of information. In some geographical areas, this official source could equally be an NGO, an army, a private firm, or anyone else who calls themselves ‘official’: the ability to designate oneself ‘official’ is just as arbitrary as state borders. The ZAD is exceptional in that it lacks both a state presence and an official authority, and thereby undermines a supposed monopoly on objective truth.

If a zone has been gifted to another authority by the state, the state no longer has an interest in applying its own rules to the zone. In the zone taxes are no longer collected, nor do police patrol the site: thus the zone redefines the borders of that state. It is possibly surrounded by that state’s territory but not ‘under the jurisdiction of’ it. There are many places in the world which decouple the simple geographical from the political – it’s not just free zones which play this role. As with the way Kaliningrad Oblast is under the jurisdiction of the Russian state even though it is not surrounded by Russian territory, these cases disprove certain assumptions about the state being the default unit of division of land.

Like some other free zones, the ZAD is exempt from tax law, building permit laws, drug and alcohol laws, safety regulations, vending and licencing regulations, and police are not allowed to enter. However this is without the permission of the French state. The ZADistes have taken a piece of land which had formerly belonged to the state and have pushed it downwards out of the concept of ownership which we are familiar with, and into the ether.

It’s not uncommon for states to apportion out pieces of land and give them as free zones. But this is not what happened in the case of the ZAD. I propose that the French state doesn’t reject the ZAD because it has lost a piece of land. The French state objects to who controls it now: nobody. While the ZADistes defend it, collective decision-making is severely lacking, and as a group they control neither its borders nor what occurs within – anyone can just walk in and start farming.

Money, to repeat, is paramount in the free zones. The skyline is a visible sign of a free zone’s decadence. Some free zones are divided up into sub-zones of various designated purposes: leisure; residential; industrial. In contrast to the ZAD’s modesty, defensiveness and secrecy (it has banned visitors in the past), the other free zones want to show off. The other free zones welcome visitors as long as they are rich, and welcome capital as a vital contribution to the zone’s maintenance. The other free zones do not pretend to be self-sufficient: they acknowledge the need for export and import relationships with states, companies and NGOs.

The ZAD is constituted of detritus. It’s the detritus of the outside world which has floated past the edge and ended up in the ZAD. After the nearest supermarket cracked down on shoplifting, ZADistes only take food from the bins now. Materials for barricades and sheds are nicked from nearby towns and villages. ZADistes steal solar panels. They leech off the land. To be against consumerism is not the same as opposing all created items, but the discourse of the ZAD does not acknowledge this distinction.

An inverted system of valuation that is rampant across the ZAD allows the purchaser to set their own price for a good or service. At the ‘non-marché’ there are all kinds of grains, fruits, vegetables, drugs, and cheeses at ‘prix libre,’ a witty way of saying ‘pay what you will’. This has the intended consequence of rendering money almost worthless on the ZAD. Money changes hands between the ZADistes at the non-marché, but carelessly: it doesn’t really matter, as it will probably come back around.  Money serves predominantly as a means of communication with the outside world. In shops, in exchange for petrol, toilet paper, tools, money remains used only for the things that one can’t make by oneself.  This gives rise to the feeling of absolute self-sufficiency and self-determination on the ZAD.

The slogan of the ZAD is ‘ZAD partout,’ (‘ZAD everywhere’), a goal which, however desirable, is ultimately impossible. The ZAD’s emphasis on self-sufficiency obscures the visitors who bring money and alcohol, the supermarket that doesn’t lock its bins, the factories which made the tyres for the barricades, which are all absolutely indispensable elements of the ZAD. The ZAD is self-reflexive but it is not self-sufficient. There’s no doubt that the 200 inhabitants are capable of looking after themselves. They are doing a superb job of growing their own food and organising a complex and peaceful community in a relatively small area of land. But their pride in this achievement ignores that their relations with the outside world, however fragile and minute, maintain the ZAD to an extent beyond that which they would like to be the case. The ZAD, which sets itself against the outside world and simultaneously relies on the outside world to exist, is in contradiction with itself.

That of the ZAD against the repeated attacks perpetrated by the state is its most high-profile defence. This defence is self-reflexive: defending the ZAD only in order that it can continue to defend itself. The land of the ZAD belongs not to the state (nominally the expression of the people), but to nobody. Unlike the state, which owns large tracts of land that are never used by the public, the people use the land of the ZAD but they do not possess it. The state has tried and will try again to evict the ZAD but mainly leaves it alone, which suggests that the state cannot for the time being recognise the land of the ZAD as under its jurisdiction. The ZAD’s organisation – or dis-organisation – of land can thus be read as a denial of the state being the ultimate expression of the people’s will.

The ZAD is on edge, expecting a new attack at any moment. The land is currently secured, but without control of the vertical spatial axis the ZAD remains vulnerable to attacks from the sky. Like the other free zones, the building regulations of the state do not apply on the ZAD. But in sharp contrast to the other free zones, whenever the ZADistes start building something, the police helicopter flies very low over the site, so low that the ZADistes can see the camera it’s using to take photos of them. Their cabins are built by non-professional carpenters and are mostly ramshackle huts, but are nevertheless a form of defence of the land. The other free zones have taken control of the sky by building high towerblock skylines. The copters have no desire to observe the other free zones from the sky, with their pretence of openness. Their splendour makes visible to the outside world the richness of the zone, the free zones act as advertisements for nothing but themselves. The free zones position themselves as the pinnacle of the city, and the epitome of the future.

The ZAD protects itself from the future. Its almost survivalist discourse rejects infrastructure as an unwelcome imposition to the ZADistes’ (vaguely defined) freedom. ‘Infrastructure’ here means bus services, postal services, centralised electricity grids, sewage pipes and standardised forms of exchange. Apart from the running water and the few paved roads (which ZADistes accept as necessary), there is an active hostility towards developed forms of organisation, as if the ZADistes are resisting modernity entering through the soil.

The campaigners object to all forms of construction on the grounds of ‘disruption’. Some ZADistes try and prevent wind farms elsewhere in France because they are ‘too big’ or ‘next to an old church’. This might be expected from old English conservatives, but is an attitude quite surprising to find amongst ostensible militant ecologists who live on the ZAD. In the conversations I’ve had with the ZADistes, the boundary between their own acceptable defensive cabin constructions and the ‘large’ constructions appears completely arbitrary. The utter ideological void of the ZAD is such that this contradiction is not out of place in – and actually forms part of – the discourse of the ZAD.

The ZAD can be conceptualised as an exercise in pure dissensus. It displaces the idea that there is a state-sponsored narrative, a common goal, or even a discourse about it. There is no agenda, no spokesperson, no rules, and the diktats they collectively adhere to are self-imposed and unenforced. In absence of a police force, the inhabitants act as atoms moving in paths mutually exclusive from one another, not speaking, not knowing nor caring what activities the other is undertaking.

This dissensus in practice dovetails with the central paradox of defence: defence for its own sake leaves a void of ideology on the ZAD. Within this void the content and form of common discourses is negated, and replaced by various contradictions regarding dependency on the outside world, the future and infrastructure, and construction. The contradictions of the ZAD are inescapable to the extent that they make up the ZAD: they sustain the ZAD more so than its relationship with the outside world. The ZADistes’ presence in this space of dissensus is the only thing that unifies them, and this makes paradox the essence of the ZAD.

Pearl Ahrens lives in Islington and studies at UCL. She went to the ZAD in 2016 and helped seventy carpenters build a hangar. 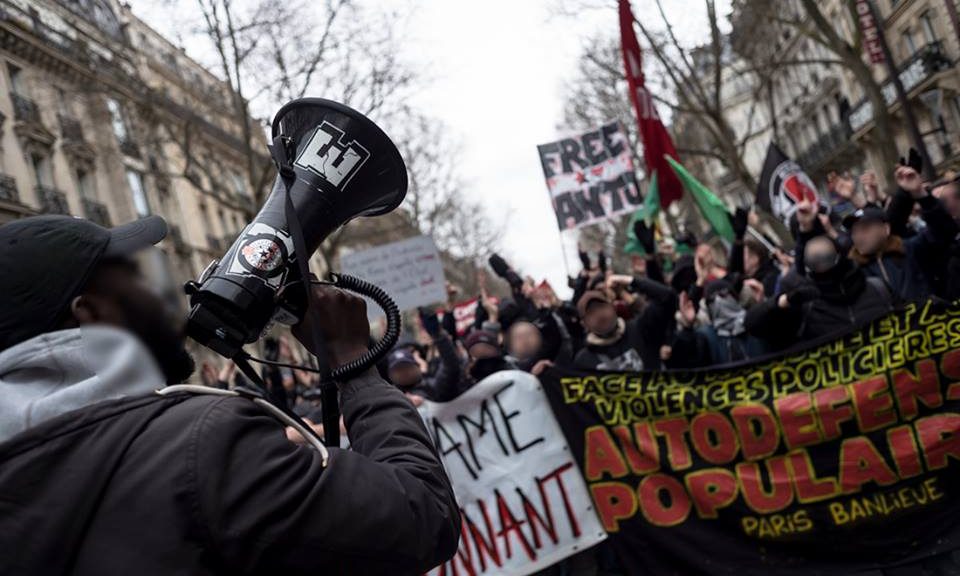 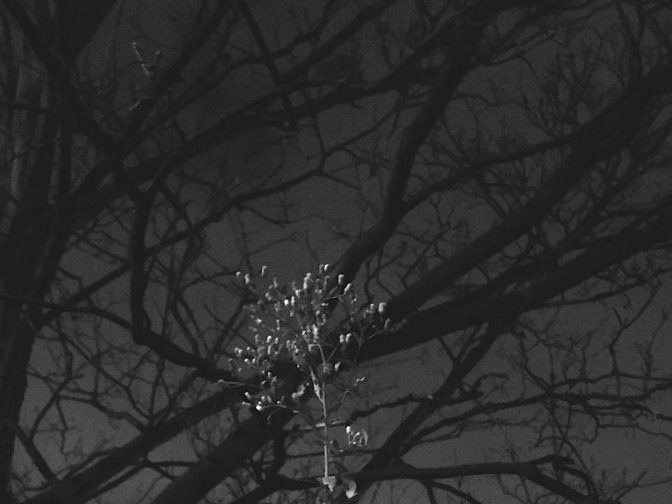 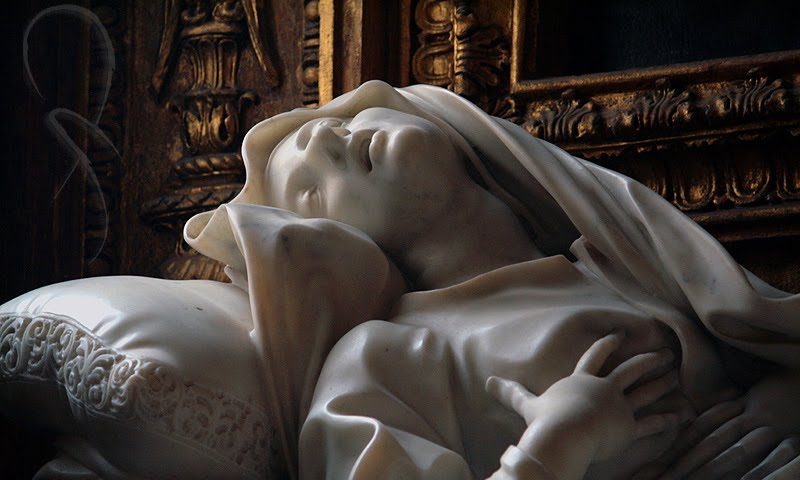