Boris Johnson is a formidable campaigner. He is one of the few politicians who can connect with ordinary people. He has real charisma.

He stands for a proud One Nation conservatism. He stands for law and order. Other parties might claim a line of zero tolerance. But Johnson’s Conservatives go much further, taking crimes like physical assault so seriously that they run national media awareness-raising campaigns about attacks that didn’t even happen.

He cares deeply for the NHS. Other politicians might have glanced at the photo of a seriously ill four-year-old boy forced to sleep on a hospital floor and offered some quick platitude. Boris Johnson goes much further, taking the NHS crisis so seriously he tried to take a reporter’s phone showing evidence of the impact home with him.

Boris Johnson stands in his own truth. Where other politicians are “economical”, he values veracity so much that he invents new and better versions of it himself, and then invests large sums of money in fake Twitter accounts pretending to be nurses to make sure we all know what reallyhappened.

Boris Johnson understands people, and empathises with our concerns. He wants to improve the lives of everyone: bumboys and piccaninnies, criminal sons of single mums and working-class drunks, letterboxes and big girls’ blouses.

What else, other than a profound sense of public duty and selfless responsibility, could motivate a man to overcome his own prejudices to stand for election among a populace he so clearly and deeply despises?

Sometimes I wonder if the brazenness of it all, the sheer obviousness and amateurishness of the deceptions, doesn’t itself benefit them. If Johnson’s lying isn’t of the traditional sort. If, rather than a series of botched improvisations in response to difficult political moments (the form of lying endemic to liberal democracies), we are instead witnessing obvious and absurd untruth as a strategy of political spectacle in itself (the form of lying characteristic of authoritarian rule). The objective is not to deceive, but to demoralise and disorient, and generalise a sense of radical distrust that extends across the entire political field.

But then, I see how Johnson crumbles under pressure. I see the bags under his eyes and his ever-paler skin. I see audiences laugh at him on national television and how he becomes visibly uncomfortable around working-class people. I see Dominic Raab sweating gallons. I remember that Liz Truss exists. I am stunned to learn that Matt Hancock even had an advisor.

This is not a ruling class with the strategic competence, or perhaps even the attention span, to form a stable hegemonic bloc. I think that, even if they win on Thursday, they have lost control.

A Corbyn government would be isolated and weak. What should be the precondition for its existence – a strong and militant social base rooted in a diverse, precarious, and multiracial working class – does not yet, still, exist.

I – a revolutionary socialist – am nervous about the crises that have made Corbyn possible, and about the degree of social conflict that will be necessary to address them. How can I blame other people for being nervous about the same thing, even if this nervousness is usually mediated by a number of intervening ideological apparatuses to obscure its origin in the visible crumbling of society?

I fear that a Corbyn government could be a disaster. But when all that lies before us are different possible disasters, I choose this one because it also contains the possibility of hope. And, even in my nervousness and uncertainty about the future, this strange and unfamiliar hope is a wonderful and precious thing.

I don’t want to pay my fucking landlord’s mortgage, even with a loan from Jo Swinson.

We need to vote and campaign for a Labour government, with all we’ve got in these last few hours. Not because we naively believe that it will easily overcome the real antagonisms that run through so many lives, but because it might be the end of the beginning of a long and difficult process of renewal and self-discovery.

We need to find room to breathe. We need to be able to care for ourselves and for one another. We need to act with respect and solidarity, and fight for the support of every person who, like us, exists under perpetual assault.

We urgently need to begin to get to know ourselves as people with the power to collectively change our conditions of life. We need to believe that we can wake up in a different country.

Absolute: On the British General Election 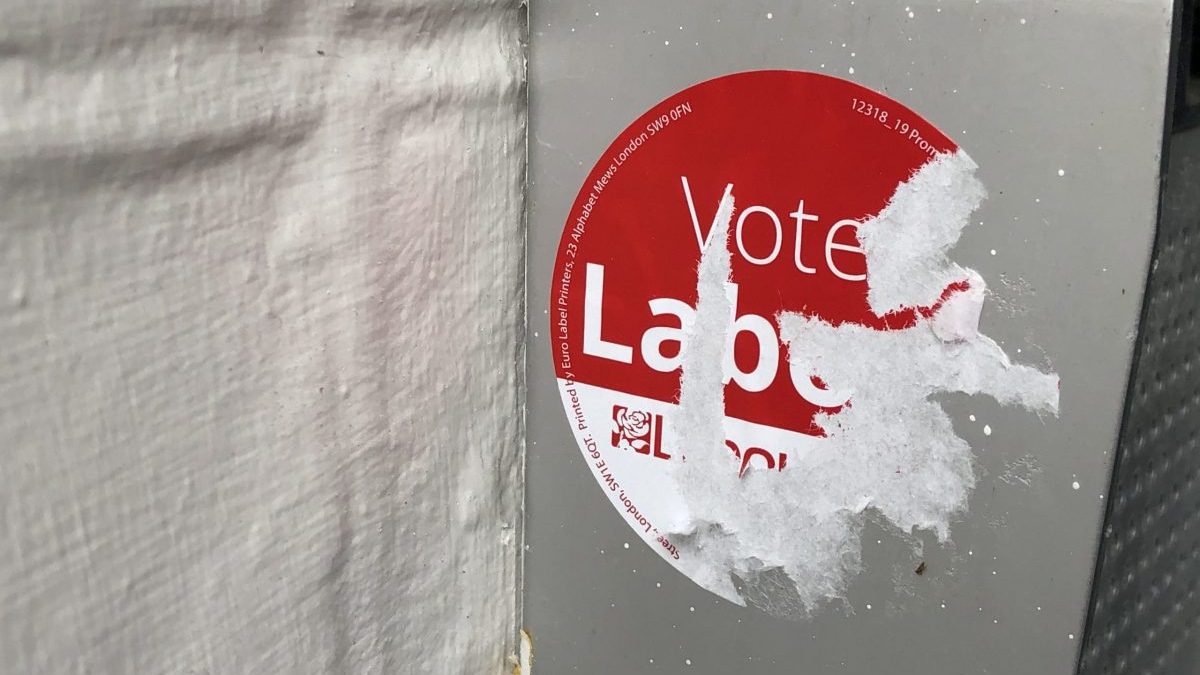