Abolition: Notes on a Normie Shitstorm 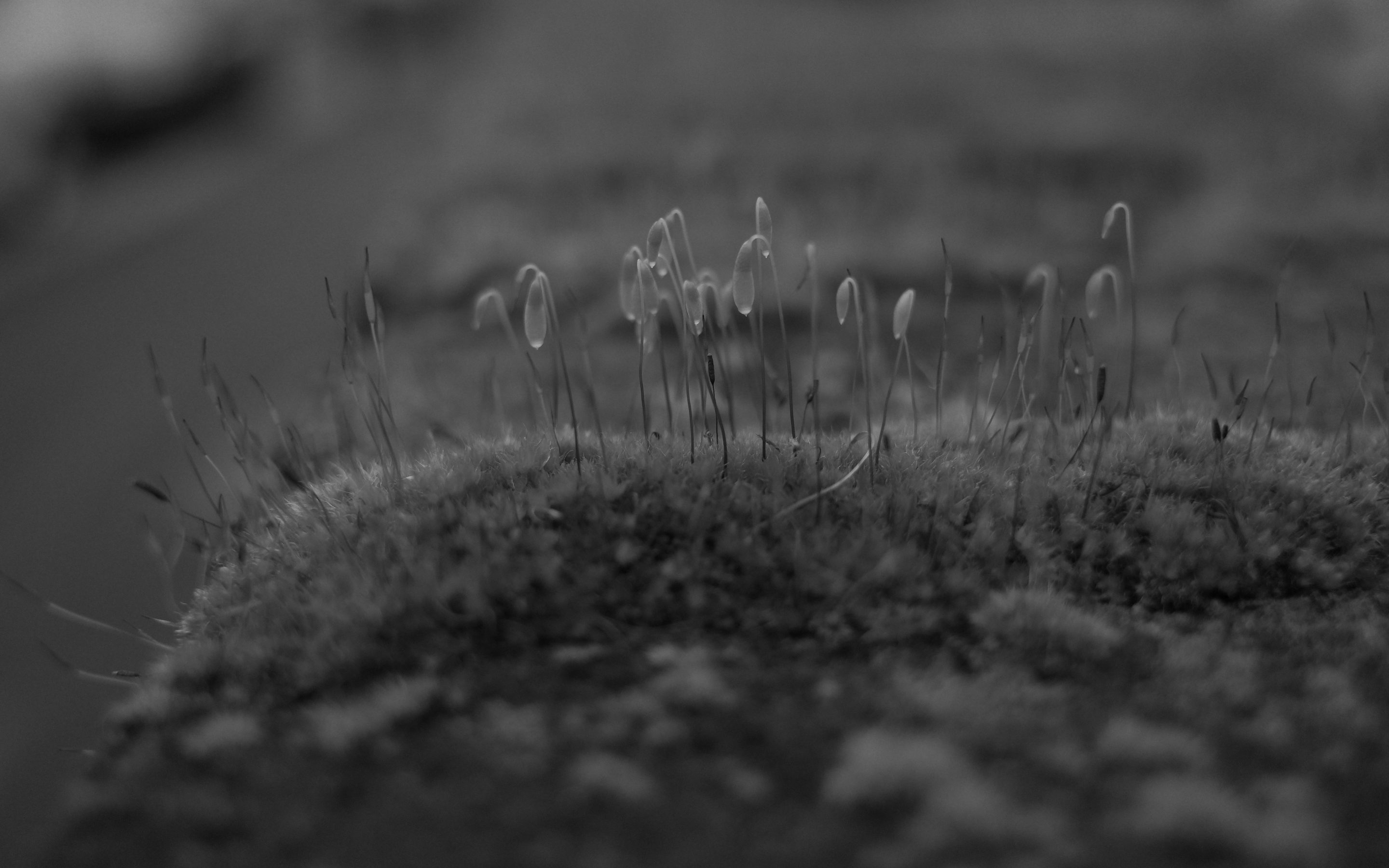 Well, you can all relax. No consciousness was raised during this shitstorm.

‘Abolish the family’. The argument explodes, fluoresces and evanesces as if it had no history, detached even from the Sophie Lewis book, the publicity for which goaded the Laschian wing of the spear-side into contemptuous guffaws.

It might even have been useful, had the furore inadvertently publicised the thought of Clara Zetkin, Alexandra Kollontai, Wilhelm Reich, Angela Davis, Shulamith Firestone, Marge Piercy, Juliet Mitchell, Donna Haraway, or even of those nineteenth-century utopians, Charles Fourier, Robert Owen, Karl Marx and Friedrich Engels. Or if it had reopened the critique of family abolitionism from Kath Weston or Hazel Carby. Or if it even led to a heated discussion of Lewis’s book, or enjoined those who are offended by it to make their predicates explicit. That, of course, it largely did not.

The legal and political project of familialisation nonetheless persists, and wages, welfare, rights and care continue to be organised on the basis that the fundamental economic unit, with primary responsibility for care, socialisation and social reproduction, is households based on tight kinship ties.  We continue to be interpellated as though we are, or optimally should be, members of such units. As though our most plausible claims for inclusion, citizenship and social rights derive from our being members of families.

This drive hasn’t just come from religious or traditionalist conservatives. As Jessica Whyte has shown, ‘the morals of the market’ entail a radical rolling back of the social, on the basis that families are the only units which really bear responsibility for the biological survival, let alone care, of their members. And while the early neoliberals were old school patriarchs, their agenda was flexible. They were less interested in the authority of fathers than in limiting the claims for social rights, and maintaining family as the locus for the transmission of class privilege. As Michèle Barrett and Mary McIntosh wrote at the zenith of Thatcherism, the family is ‘anti-social’.

That is among the reasons why the family is a ‘refuge’. When society is either hostile or indifferent, when public provision is etiolated, when institutions of solidarity are shrivelled and demoralised, the anti-social family can provide a range of services: free transport, help with spiralling debt, financial support against unemployment, care in the event of illness, or shelter against racism. These hostile social conditions are part of the project of familialisation and are part of its coercive institutional grip. This retrenchment, keeping work that might be socialised and paid for coded as unpaid, ‘domestic’ labour, has also increased the amount of work that capital extracts from workers. The majority of ‘domestic’ work is still performed for free by women, but women have also been absorbed into the labour market, albeit on cut-price, precarious terms. The double-whammy result: women do more work, while the gender-pay gap mainly declines because male wages stagnate or fall. Rolling back the frontiers of the social, crudely, enabled an increase in the rate of exploitation. This, of course, does not stop the family being a place of shelter, and even resistance. It can be, though it isn’t necessarily, the heart of a heartless world.

Does the call to ‘abolish the family’, then, meaning tearing the heart out of a heartless world, destroying one of the last remaining shelters, only to leave us more precarious, atomised and exposed to the malice of the world? No. Abolition does not entail outlawing family relations, parental authority and marriage by legislative fiat. Apart from anything else, families are currently formed through acts of choice by partners, a fact that can’t be explained away as ideology or false consciousness. To remove that choice would be both despotic and a severe social impoverishment. Moreover, as Barrett & Mcintosh put it, with the wider world unchanged, the resulting households would ‘probably be little different from the household patterns and ideology that we know as “the family” at present’. The aim is not to reduce but to expand the available forms of care, and the choices for household and communal living.

Insofar as ‘the family’ is an ideological mystification which sanctions conservative social goals, the idea is to de-naturalise it. Insofar as ‘the family’ is an anti-social project of the state, and of capital’s organic intellectuals, to both encourage market dependency and render people docile and accountable to the state in various ways, the goal is to reverse it. Insofar as ‘the family’ is a kinship-based household unit which has been made to bear responsibility for care and reproductive labour that could be socialised, the goal is to expand the realm of choice and loosen the coercive incentives that foster familial dependency. In this way, through experiments in living, people will find more emotionally satisfying and sustainable alternatives to ‘the family’.

Freddie de Boer, one of the few critics of family abolition to have actually engaged with it, however uncharitably, elides this distinction between care and kinship when he says of Shulamith Firestone that her schizophrenia and tragic death show that ‘this was a person who could have used more family’. Likewise, when he argues that the demand for ‘universal welfare; communal luxury; queer self-determination; a classless society; and transgenerational freedom from emotional scarcity and blackmail’ is just ‘bog-standard leftist ideology’ for the attainment of which family abolition is unnecessary, he gets it backward. The withering away of ‘the family’, or its reduction to a vestigial organ, is not intended to be the cause, but the product, or at least complexly co-constitutive, of these achievements. In the same way, when de Boer says he elides the distinction between care and kinship that is intrinsic to the argument. None of this proves that the abolition of the family is viable – honestly, how the fuck would we know? – or even a good solution to the problems with the family. It just proves, once again, that there are a million ways to miss the point.

At least de Boer honestly and clearly argues his case: that has not been the rule. And, whatever one thinks of abolitionism, it is an idea with a long tradition on the socialist Left that deserves to be debated. It is not a petty-bourgeois affectation of the activist Left. It is not a silly woke extravagance. It is not posturing pseudo-radicalism. What we have seen, though, is a clash, not of ideas, but of dispositions. This is the rule on the social industry, where the information ecology selects for gut impact. But I’m interested in why this tends particularly to be the case, and particularly for a part of the Left, when the issue is the ‘abolition’ of some conservative institution, be it police, prisons or family. People who aren’t revolted by the idea of abolishing capitalism, discovering their hard limits, utter the safe word: ‘weirdos’. They do not feel obliged to engage very deeply with the problem, or even to acknowledge that there is a problem.

This feels like an ideologically defensive formation. It would be easy to diagnose latent currents of unexamined male sexism or queerphobia in the obtuse animadversions from the very-online-critics-of-the-very-online. And such tendencies exist. But the sources of social anti-radicalism are various. Many, many people who are neither sexist nor queerphobic are emotionally committed to family life, for valid and intelligent reasons, and simply don’t want a society without it. But the issue is not that one opposes family abolition. Rather, it is the intense aversion that mere publicity for a book defending this old leftist idea produces among leftists, which is the opposite of the curious engagement that could spark intelligent critique.

Most fundamentally, I think, we are dealing with an embattled and fearful political imagination. Is it a coincidence, for example, that many of those belabouring family abolitionism also found the Black Lives Matter insurgency to be a political disaster edged with violent over-reach? You could call this purview, which at its best seeks to retain contact with where the majority of people are for constructive purposes, usually to be pursued through electoral politics, the ‘normie’ impulse.

Normie socialism, wherever it appears, derives in part from real strategic dilemmas posed by opportunities that arrive ‘too soon’. The breakthroughs of recent years involved the Left abruptly projecting influence far beyond its established social base, making gains in organisation and intellectual self-confidence, reviving long-neglected class concerns, only for its advances to meet hard limits. The normie disposition, internalising the tactical limits of the situation, is to infer that the revival of universalist class politics has been derailed by the hubris of leftists who demand ‘too much’. The language of ‘abolition’, whether of prisons, police or families, is chalked up to the internal norms of a small layer of people detached from the masses, be they derided as ‘activists’, the ‘woke’, the ‘very online’, or the ‘professional-middle class’. For the purposes of resuming the advance on key demands like universal healthcare, higher wages, unionisation and an ecological upgrade, this alienating subculture, it seems, must be resisted and marginalised.

However, through fear of the lost chance, and the closed ear, normie socialists have corralled themselves into a strangely contradictory and conservative strategic position. Contradictory, because they have become, in the name of building a majoritarian political project, intra-left culture warriors. Even the absurd over-reaction to publicity for a work of feminist literature reflects a niche and subcultural obsession. Conservative, because their reactions imply that no idea should be published or publicised save that which the dominant culture has already made acceptable, or which they themselves happen to find inoffensive.

That is an obvious trap for any socialist, since every socialist is attached to some ideas that most people don’t accept – freeing Palestine, ending imperialism, abolishing capitalist property-relations – that are grounded in an archive of historical experience and specialised knowledge that most people don’t have, and that they feel compelled to advocate for. If they make virtue of incuriosity and, in so doing, reinforce the arsenals of cultural stupidity and banality, they undercut their own goals.

That is, of course, the story of opportunism.

Richard Seymour is an author, and a founding editor of Salvage. His most recent book is The Twittering Machine (2019). An earlier version of this article was originally published on his Patreon.